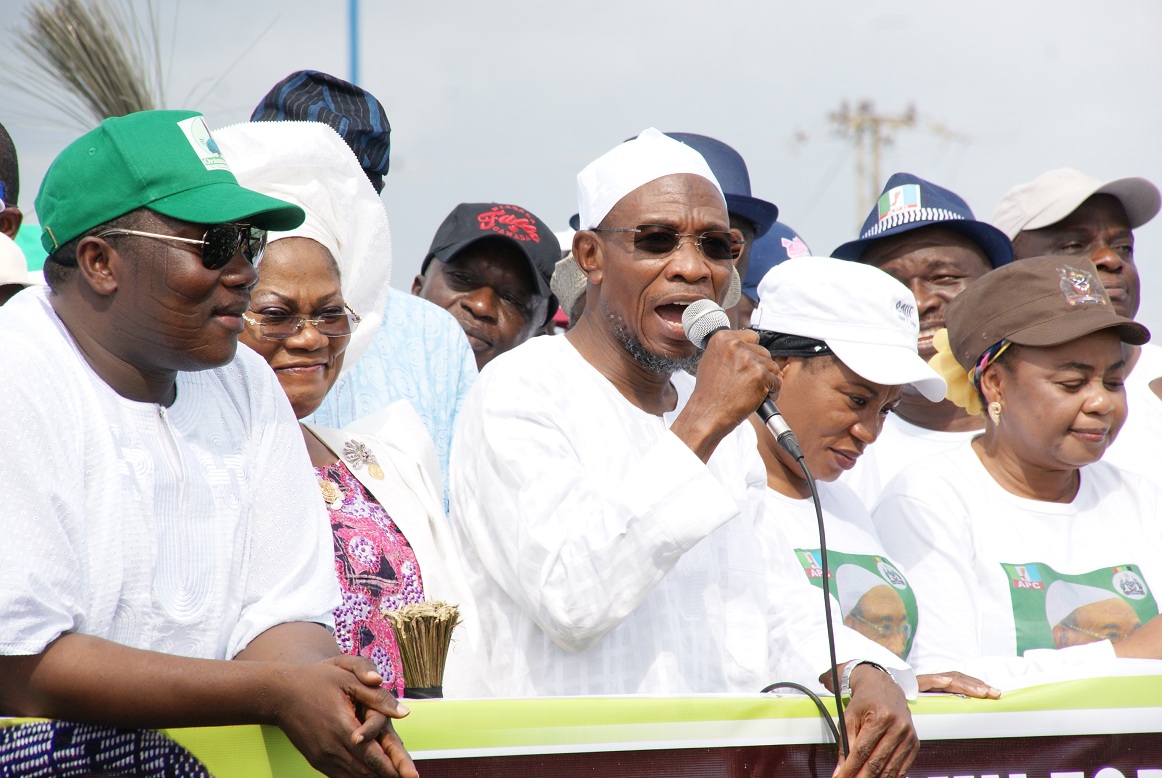 Aregbesola’s innovative administration has been described as the reincarnation of the progressive in the South-West.
The Senator Representing Osun Central senatorial district, Senator (Prof) Sola Adeyeye stated this at a rally put together by legislators in the state under the umbrella of State of Osun Forum of Legislators.
The forum, which comprises three senators, nine federal House of Representatives and 26 House of Assembly members, came to endorse the Governor of the state, Ogbeni Rauf Aregbesola for second term on the platform of the All Progressive Congress. (APC).
The Forum of Legislators said Aregbesola’s giant stride in the past three years in office is visible to all citizens of the state.
The Forum said Osun is luck to have a visionary leader like Aregbesola, whose preoccupation for seeking office is the welfare and well-being of the general populace.
The Forum therefore in a unanimous decision endorsed the second term of the governor after a motion was move by Hon. Ayo Omidiran (Ayedaade, Irewole and Isokan constituency) and seconded by Hon. Timothy Owoeye from Ilesha East constituency.
According to the Forum, “We endorsed Governor Aregbesola for second term because of his administration’s laudable programmes and prompt delivery of dividends of democracy.
“We endorsed him for his vision and mission to develop the state. His achievements are visible to everybody in the state.
“His programmes are people-centred. Opon Imo is a unique e-learning tool all over the world. Osun is lucky to have Aregbesola as governor. This is why we endorsed him to continue his good work in office.”
In his response, Aregbesola said the Forum endorsement is first of its kind in Nigeria, where the entire elective officers of a state except the governor and his deputy would endorse the candidacy of a governor to continue on the banner of their political party.
He averred that the endorsement is in sharp contrast with what his detractors are spreading, saying the will and support of the people have been the strength of his government.
Aregbesola said other parties’ programmes and policies are by far incomparable to that of the APC.
“We thank God and the people of the state for the opportunity they gave us to serve them.
Past government spent close to eight years yet we did not see what they achieved. In our three years in office, things have completely changed for the better.
“You our people are living witness to the development that have come to the state; progress we have recorded and will to even do more.
“I want to assure you that this our first term is meant to lay solid foundation on all sectors. So what you are commending us for is just a tip of the ice iceberg.
“Our second term will witness enormous developments such that this state would be one of the best if not only the best in the country,” Aregbesola said.
At the occasion were Deputy Governor, Mrs. Grace Titi Laoye-Tomori; Speaker, House of Assembly, Hon. Nojeem Salam; Secretary to the State Government, Alhaji Moshood Adeoti, Chief of Staff, Alhaji Gboyega Oyetola; former Deputy Governor to Chief Bisi Akande, Chief Sooko Adeleke Adewoyin;  Senators Professor Shola Adeyeye, Jide Omoworare and Mudasir Hussein; all the nine House of Representatives and 26 House of Assembly members in Osun.
Others included Elder Peter Babalola, Alhaji Fatai Diekola, Alhaji Sule Alao, Hon G. O. Lawal and other APC chieftains in the state. 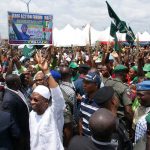