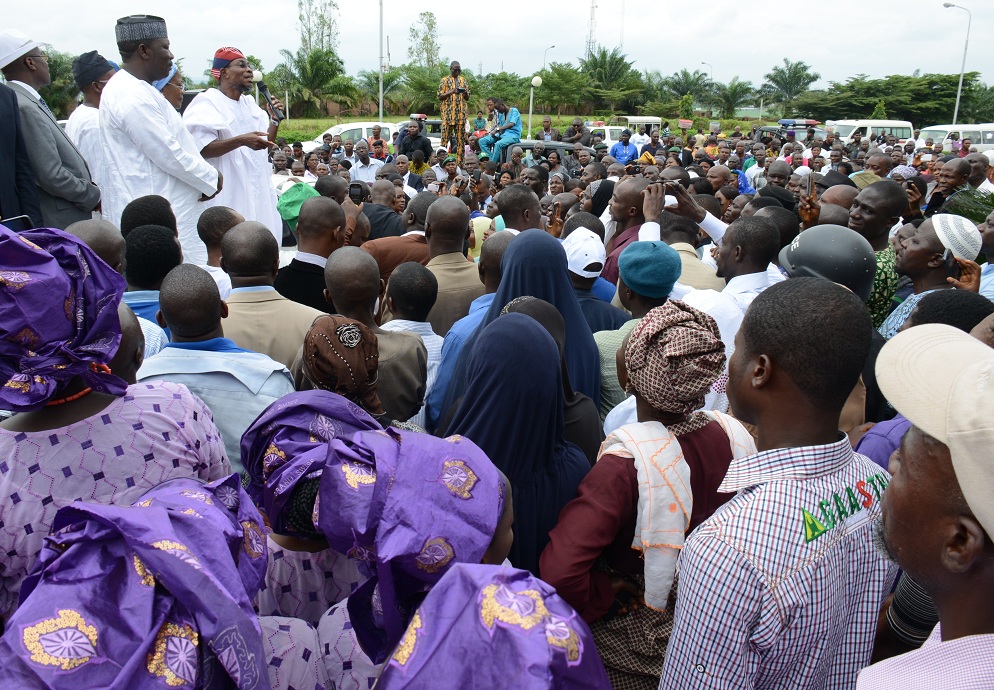 It was like a triumphant entry for Governor Rauf Aregbesola of Osun State when he officially resumed government activities at the Bola Ige House Government Secretariat, Abere, four weeks after he secured the second term mandate from the people of the state.

Governor Aregbesola emerged victorious at the keenly contested August 9th Governorship Election in which twenty political parties fielded candidates under the watchful eyes of nothing less than 50,000 security operatives deployed to the state from other parts of the federation.

All the parties that participated in the election attached serious importance to it aside from the interest showed by the government at the centre to reclaim the state under the fold of the Peoples Democratic Party (PDP).

All measures and strategies were deployed by the PDP led federal government to ensure that the Osun State fell into the kitty and control of PDP as a means of ensuring the continuity of President Goodluck Jonathan beyond 2015.

There were also lots of intrigues employed to unseat Governor Aregbesola of the All Progressives Congress (APC) from the Oke-Fia seat of government that eventually failed.

Some of the intrigues included indiscriminate arrest of APC’s chieftains, including the regent of Iloko-Ijesa, High Chief Sola Ogunsanya. Indiscriminate shooting into the air by men and officials of Department of State Security Service (DSSS) which caused panic and fear in the town; disenfranchising some people by not allowing them to cast their votes to candidates and parties of their choice as a result of arrest among others.

Despite all these intrigues, the gubernatorial election was adjudged to be the freest, peaceful and hitch free exercise by the Independent National Electoral Commission (INEC), monitoring groups especially international observers.

Shortly after the victory’s thanksgiving service, Governor Rauf Aregbesola directed all members of his cabinet, including his deputy to proceed on two weeks recess after what he considered a stressful and rigorous electioneering campaign rallies.

Though Aregbesola was very much around attending to well-wishers, friends, individual, groups and agencies that visited him to felicitate with him on his emergence.

Exactly a month after the election, Governor Rauf Aregbesola was welcomed to the Bola Ige House Government Secretariat by a crowd of workers who ambushed him at the entrance of the secretariat to wish him well.

The workers, led by the State Head of Service, Mr. Olayinka Owoeye, and labour leaders were ecstatic and thrilled as the convoy of Governor Aregbesola approached the main entrance of the Bola Ige House of the Governor’s Office. They expressed their satisfaction and happiness on the victory of Governor Aregbesola pledging their loyalty and support to his administration in the second term in office.

The Governor who was elated by the show of allegiance, cheers, jubilation, love and support of the public workers including the Permanent Secretaries, Directors in various ministries and parastatals stopped to address them.

Governor Aregbesola while addressing them assured the civil servants in the state that his administration will not in any way victimise any of its workers for whatever reason.

He explained that his government will continue to run a government that will be beneficial to all, stressing that the main reason why the present administration has taken steps to block leakages in the state was in a bid to improve the economy and not to cause hardship for anybody.

He expressed his desire to turn Osun into a state that will serve as an example of a developing state where almighty God is taking control of everything.

The state helmsman also assured the workers of the resolve of his administration to continue to pursue policies and programmes that would engender growth, development, and progress of every worker in a fair and meritorious manner.

He admonished the workers to shun every anti-government activity and join hands with the present administration in the onerous task of moving the state forward.

He also used the occasion to assure the workers of an improvement in their welfare packages as soon as the economy of the state continues to improve.

The governor urged top career officers in the civil service to always exercise patience in the quest to attain greater heights in the service adding that “it is only God that can uplift a man”.

While recalling how security operatives intimidated the people of the state before and during the elections, Governor Rauf Aregbesola expressed his appreciation to them for standing by him throughout the election.

He recalled that efforts were made by the opposition to fraudulently rig the election saying, “they tried everything within their powers. They officially deployed 73,000 security men to our state. That is minus the over 20,000 impersonators in DSS uniform.

“They even have the guts to attempt entrance into my official residence on the day of the election. Led by the Assistant Inspector General of Police (AIG), Police Commissioner and the one in charge of the Army, they claimed that they got intelligence report that election rigging was underway inside the government house.

“They tried their possible best but met the right resistance. There was nothing within the powers of the opposition to “cause the longest civilian coup in the last election” that was not done.

While hinging his victory at the polls to the grace and mercy of God, Governor Aregbesola stressed that the opposition never wanted it to be easy. Also speaking, the Speaker of the State House of Assembly, Hon. Nojeem Salam, stated that the government will continue in the same stride of working assiduously to take the state to greater heights.

He said the welfare and progress of workers in the state will be given due attention adding that the government of Ogbeni Aregbesola will continue to do everything possible to ensure the comfort of its workers.

The State Head of Service, Mr. Olayinka Owoeye expressed gratitude to the Governor for always taking steps that have always seen to the welfare of the workers in the state without agitation from the civil servants.

He stated that no Governor has ever been welcomed back to office in the history of the state, stressing that workers in the state decided to do it in recognition of the efforts of the Governor in trying to move the state forward.

In his address, the chairman of the State Chapter of the Nigeria Labour Congress (NLC), Comrade Saka Adesiyan described the administration of Ogbeni Aregbesola as one that has been highly beneficial to all and sundry in the state.

He said civil servants in the state have never had it so good under any administration hence the need to officially welcome the Governor back to office after the elections and congratulate him on his success.

His counterpart from the Trade Union Congress (TUC), Comrade Francis Adetunji said that workers in the state are fully in support of the programmes and policies of the present administration.

He explained that every worker in the state is ready to join hands with Governor in the task of moving Osun to an enviable height.

Comrade Francis Adetunji said the gathering was a demonstration of their love for Governor Aregbesola.

The Governor then proceeded to the Executive Chamber Hall of the Governor’s office where he carried out his first official assignment after the elections which is the inauguration of the board of directors for the Osun State Agency for Community and Social Development Project (CSDP) headed by Alhaji Musa Abdulraman.

Also present at the rally were the state Deputy Governor, Mrs. Grace Titi Laoye Tomori, the Chief of staff, Alhaji Gboyega Oyetola, the Secretary to the State Government (SSG), Alhaji Moshood Adeoti, Chairman of the Joint Negotiating Council, Comrade Bayo Adejumo among others. 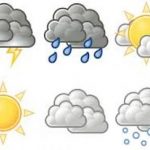