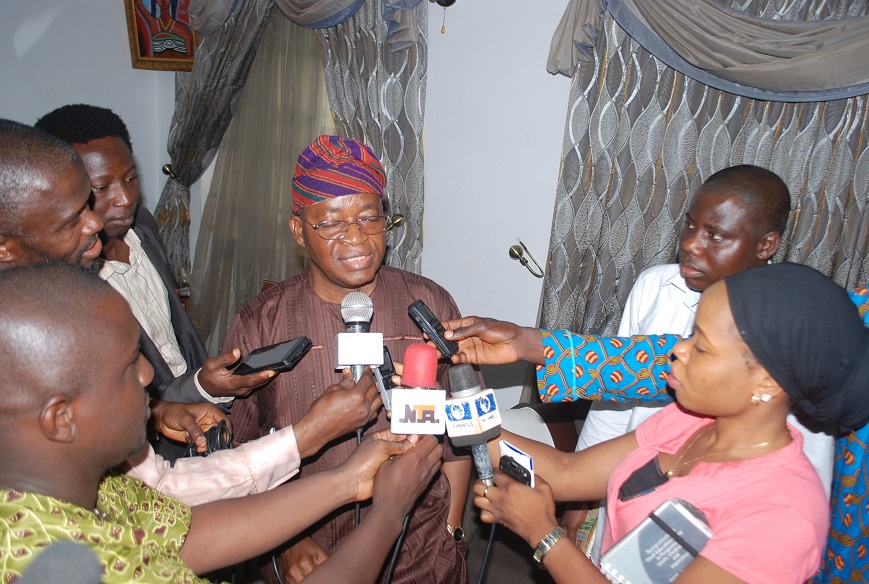 While reading from the signed Memorandum of Understanding between the duo, the State Chairman, Nigeria Labour Congress NLC, Comrade Jacob Babatunde Adekomi confirmed that the Labour Union has reached an agreement between its and the State Government for the release of full payment of March, April and May 2015 salaries while the outstanding September and December 2014 deductions as well as the balance of January and February 2015 would also be disbursed to the State Government Workers alongside.

The MoU read in parts; “that bailout loan be disbursed to cover the payment of outstanding salaries for the months of January to June, 2015 as well as deductions from salaries of September and December 2014 and balance of 2013 and 2014 leave allowances for the State Workers.

” In order to ensure sustainability of payment of salaries in the state, we have agreed that the first disbursement from the bailout loan should cover the payment of outstanding September and December 2014 deductions, balance of January and February salaries and full payment of March, April and May 2015 salaries for the State Government Workers.

” That workers in the employment of Local Governments and Primary School Teachers be paid their first installment out of the bailout loan to cover the payment of balance of March and April, 2015 salaries as well as full payment of May and June, 2015 salaries.

” That State Pensioners be paid balance of December, 2014 as well as January, February and March 2015 pensions, while their counterparts in the Local Governments and Primary Schools be paid up to June 2015.

” That the second disbursement of payment of State workers salaries should cover the months of June and July, 2015 for Local Government workers and Primary School Teachers’ salaries be paid in October, 2015.

” That the second disbursement of payment that will be made in October, 2015 will address the April, 2015 Pension of the State Pensioners.

” That the outstanding leave allowances for 2013 and 2014 of State workers be paid from the bailout loan in the month of November, 2015.

On the subsequent payment of salaries after bailout funds, the State Government and the Labour Union having recognized the current national challenges resulting from dwindling Federation Revenue, agreed that whatsoever is available as net revenues accruing from Federation Accounts and Internally Generated Revenue IGR will be apportioned in such a way as to take care of salaries, pensions and other critical expenditures required to run the machinery of government.

“The Labour agreed to work with government to increase the Internally generated Revenue IGR so as to increase the available revenue to be apportioned towards salaries, pensions and other critical expenditures of government.

“The State Government and Labour in the State have agreed that whatsoever is available as net revenues accruing from Federation Accounts and Internally Generated Revenue will be apportioned in such a way as to take care of salaries, pensions and other expenditures which would be experimented for a period of three months in the first instance andbe reviewed thereafter in line with financial reality on ground”,

Addressing journalists shortly after the meeting, the State NLC Chairman, Comrade Adekomi stated that the State Government and the Labour Union have reached a compromise to set up a standing committee of Labour and Government representative to ensure transparency of all the agreements made.

In his reaction, the Chief of Staff to the Governor, Alhaji Gboyega Oyetola who led other government delegation said the Mou signed has laid to rest the speculations about the status of the bailout funds, saying the government of Osun has never diverted the bailout fund on any project.

Alhaji Gboyega commended Governor Aregbesola for his high level of understanding on the issue of bailout as he has been holding meetings with stakeholders to ensure prudent and transparent disbursement of the money.

Alhaji Gboyega assured that the State Government is working in the interest of workers, describing Governor Aregbesola as a workers’ friendly individual.

Alhaji Oyetola said bailout is just once and there is need for the state to prudently spend the bailout funds by deciding on the resources available to meet the payment of workforce.

Alhaji Oyetola frowned at the insinuations credited to the members of the opposition that the state government has been used the bailout loan on the construction of roads and schools, describing as falsehood and blatant lies.

Alhaji Gboyega stated that those contractors seeing at their various was borne out of the SUKUK bond loan of 11billion given to the state.

Alhaji Oyetola maintained that most of the states who were also beneficiaries of the bailout loan have not even disbursed it to their workers, saying Osun government should be commended for spending virtually all the bailout loan to pay her workforce.

He said the state can not just pay the bailout without proper screening exercise to know the genuine workers who deserve the payment, adding that the state just received the report last Wednesday which led to the bit delay in the payment.

“The disbursement of the bailout funds was due to the fact that the state actually wanted to be sure that we are paying workers genuinely in service and the report towards that has just been submitted last week Wednesday.

“We must do our planning right to ensure that the people that are really worked are paid because the state could not continue to accumulate arrears and as well afford to borrow any longer, by this reason, it is prudent for us to decide on the resource we have and how to apply it by taking into confidence the workers.

“For these reason, our Governor has been working in the interest of the entire state most especially the workforce to ensure that the state is moving forward”, Oyetola stated. 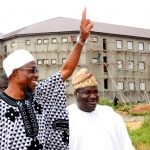 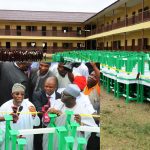