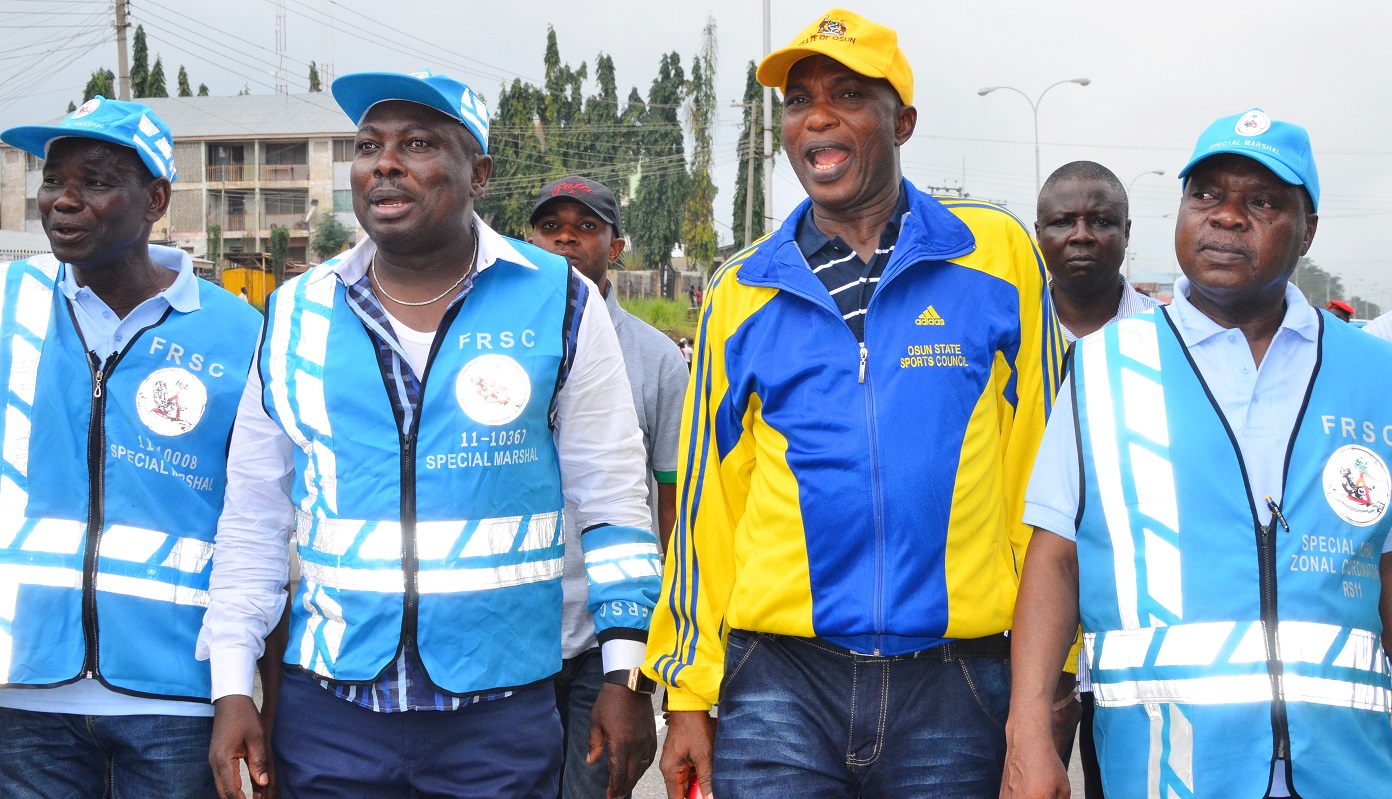 The Federal Road Safety Commission on Saturday declared that Osun is the state with the lowest cases of road accidents just as the commission flagged off its 2015 Ember Month Campaign at the state capital, Osogbo.

State Commander, FRSC, Mr. Muhammed Husaini said the South West has the least of road accidents, revealing that Osun State has the lowest road accident occurrence compare to its counterparts in the country.
Hussain spoke at the ceremony which peaked the activities lined up for the campaigns.

The FRSC had earlier on Thursday decorated key officials of the Rauf Aregbesola administration as Special Marshall at a ceremony where Governor Aregbesola was represented by his Chief of Staff, Alhaji Gboyega Oyetola.
Mr. Husaini called on the state residents to continuously cooperate with the commission in its efforts to ensure safest society and total security of lives and property on the roads.
The state commander noted that FRSC has made available both human and material resources to meet the challenges of these periods, adding that the FRSC has always been proactive in all its programmes to mitigate the carnage on the roads.
“The Ember and Yuletide seasons happened to be the most challenging periods for us as many Nigerians especially the road users take advantage of the these periods to travel for various activities in haste forgetting that their individuals’ lives ought to be taken with utmost priority .
“It has always been our plead to the road users to desist from road vices such as speed violation, overloading, drunk driving, use of cell phones while driving, non-use of seat belts, use of worn-out tyres among others.
“To avoid being prosecuted, there must be strict compliance to all our rules and regulation.
“There is need for our people most importantly the road users to join hands with FRSC and other relevant agencies like Police, Vehicle Inspection Officers[VIOs],  and other stakeholders to make our roads safer”, he said.
The Governor, who was represented at the flag off on Saturday by the Secretary to the state Government, Alhaji Moshood Adeoti, reiterated his administration’s commitment to ensure total protection of lives and property of the road users and the entire citizens particularly during the ember months.

He described the Ember Months as the most significant period of the year, adding that the state under his government has recorded minimum rate of road accident since he assumed office.

Governor Aregbesola acknowledged the untiring efforts of the Commission for always intensifying measures to avert unwarranted and undue incidence of road crashes during these periods.
He urged the state residents to ensure strict compliance with traffic rules and regulations, pledging that offenders of any traffic rules would be prosecuted accordingly.
” I urge the road users and the general public to ensure strict compliance with minimum safety standards in a bid to assist our administration in its efforts to reduce the road accident to a barest minimum”, Aregbesola said.
Speaking on the significance of the sensitization exercise, Governor Aregbesola said the exercise was necessary to enlighten the people especially the road users on the need for them to be cautious particularly the drivers who are plying the roads to drive slowly in these ember and yuletide months as his government has intensified necessary plans to avert the jinx characterized to Ember Months.
He said, “To avoid over speeding, caution should be taken at these ember months because it is not a must for lives to be lost at this period.
“In reducing the incidence of accidents on our roads, our government has put in place FRSC Technical Committee whose responsibilities was to ensure zero tolerance for road accidents and as well enforce totally compliance of traffic rules and regulations.
“This committee has been steadfast, resilient and determined towards the entrusted tasks saddled with it as its members used to go from one local government to another, organizing sensitization programmes and enlightenment campaigns so as to ensure that everybody especially people in the remote areas were thoroughly educated and acquitted to the rules guiding the road usage”, Aregbesola affirmed.
Officials of the Aregbesola’s government who had earlier been decorated as Marshall include the Chief of Staff, Oyetola, Head of Service, Sunday Owoeye, Accountant General, Mr. Akintayo Kolawole and former Special Adviser to the Governor on Environment, Mr. Bola Ilori. 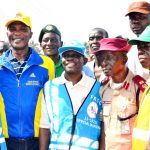