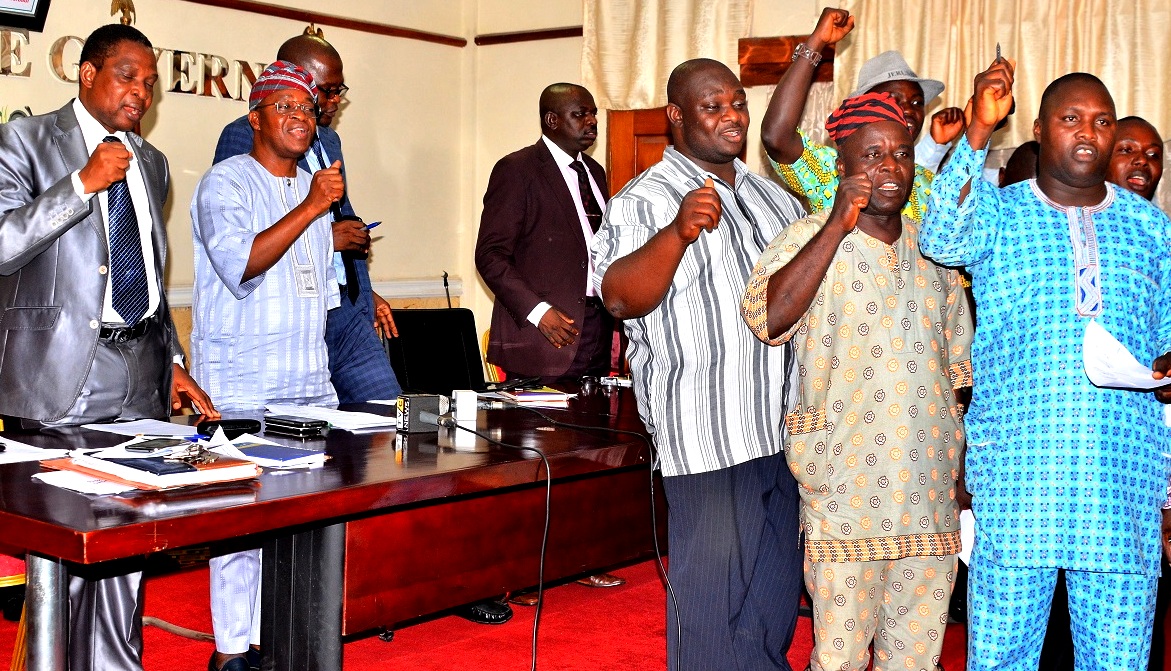 Academic Staff Unions of Osun Government-owned tertiary institutions have ended their industrial strike action.
The strike was called off sequel to the meeting between state government and leadership of the unions where it was resolved that the current financial challenges from the dwindling Federal revenue account has affected payment of salaries and other critical areas of needs of the country.
The union while signing an agreement with government at the Governors Office in Osogbo, Tuesday night, they listed as part of the agreement that the state has withdrawn all legal suits against the union hence the suspension of the strike.
Chief-of-Staff to Governor Rauf Aregbesola, Alhaji Gboyega Oyetola after signing the agreement on behalf of the government, noted that government will honour the agreement to the letter.
Oyetola stated that the government led by Governor Aregbesola is one that is commit‎ted to the welfare of its workers and citizens, saying Aregbesola has scored a lot of firsts in Nigeria in terms of workers’ welfare.
‎The Chief-of-Staff called for the cooperation of the Unions in moving the state forward as it enters a new face of looking inward on how to increase the finances of the state and depend less on the Federal allocation.‎
‎
According to him, “We have been having cordial relationship over the years, before now. Salaries were regular, even for the first time in the history of public service in Nigeria, Aregbesola’s government has been paying workers 13th month salary.
“Sometime you plan and things do not work out the way you planned them. Revenue has reduced by more than fifty percent after the decline of oil revenue. We have to look inward at this time of our state and nation.
“We have signed an agreement and we will make sure that it works. Let us all commend the magnanimity of the governor that all arrears will be paid. We must also show understanding at all times to operate with government with utmost trust. This administration has nothing to hide from anybody.
“I am glad we have been able to resolve, and we need to learn one or two lessons from this, we must learn to trust government and look inward to start developing our revenue. The support of all is needed to move the state forward”. The Chief of Staff stressed.
‎
The state Chairman of Council of Academic Staff Unions of Osun owned tertiary institutions, Comrade Lasisi Jimoh commended the Governor, Ogbeni Rauf Aregbesola for his understanding.
He noted that the union is ending the strike having realised that the state government is committed to the continuous appli‎cation of the Contributory Pension Scheme.
The labour leader stated that government has promised to pay staff salaries for the months of January to June 2015 and deductions for the period with‎in seven days of resumption.
He said, “This day is a signal ‎of development. I would want to appreciate and thank our state government led by Ogbeni Rauf Aregbesola for adopting amicable approach to resolving the crises.
“With this suspension, the council hereby directs all Academic Staff across the four institutions of the state to resume work immediately while we assure the stakeholders that all our members would double efforts to redeem the period of the strike action”. 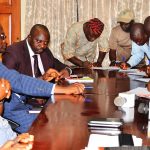