News
Home News We Will Be Neutral Among Religions, Aregbesola Tells Muslims At Hijirah Celebration …Preaches Payment Of Taxes
News

We Will Be Neutral Among Religions, Aregbesola Tells Muslims At Hijirah Celebration …Preaches Payment Of Taxes 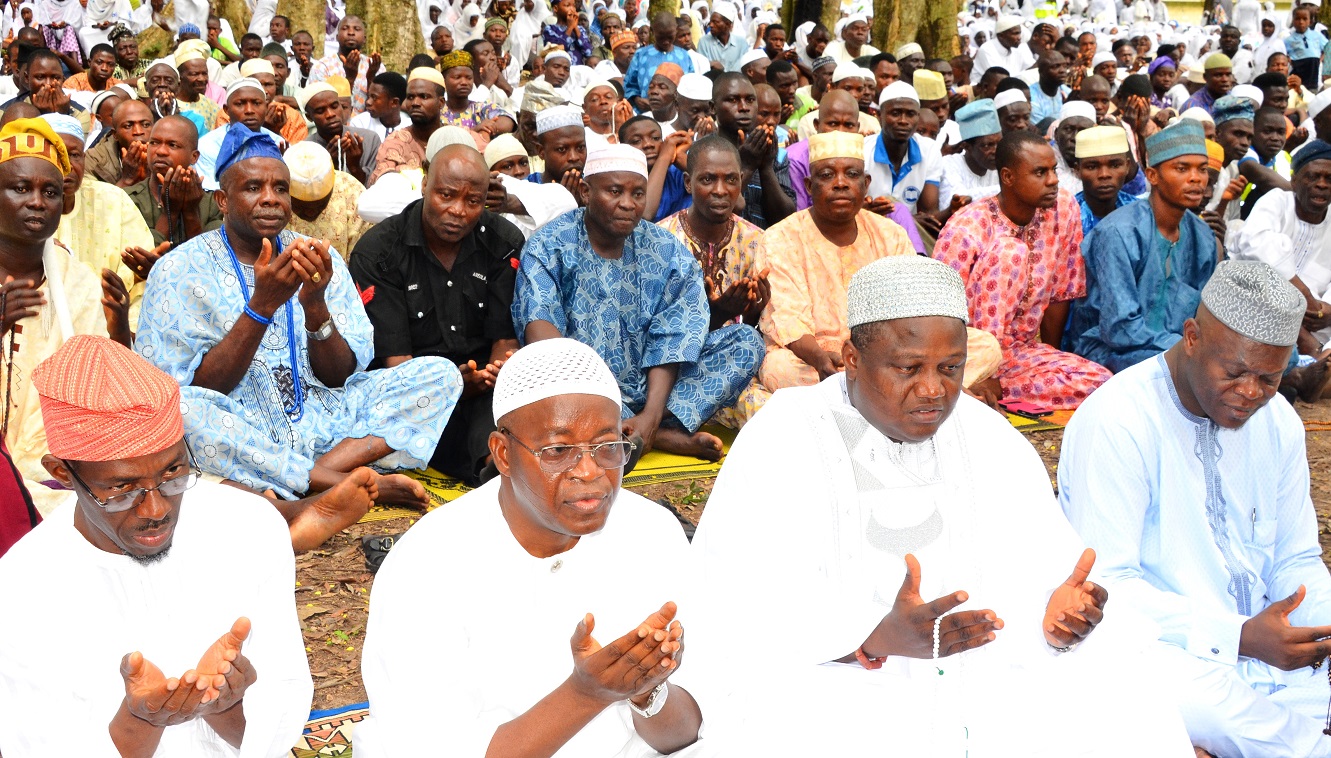 In his bid to promote communal peace and progress, the Governor of Osun, Ogbeni Rauf Aregbesola, on Wednesday said his administration will continue to respect and promote the existing peace and religious harmony enjoyed by the people of the state.

The Governor stated this while giving his remarks at the 1437 Hijrah, the New Year Calendar celebration of Muslims at the Oke-Baale Eid praying ground, Osogbo.
Aregbesola who was represented by his Chief of Staff, Alhaji Isiaka Gboyega Oyetola said Ijrah celebration was very significant to Muslims and that any serious government conscious of good governance, will see the need for the promotion of neutrality and balance among all the existing religions.

He urged the citizens to support his government by paying their taxes regularly, saying the nation has reached a stage where nothing works without taxes as the allocation to the state remains insufficient to cater for the numerous government obligations.
“The celebration of this year 1437 Ijrah is full of praises and thanksgiving to Almighty Allah who has been the brain behind our successes most especially the victory recorded during the governorship and general elections.
“Though our government has been able to pilot the affairs of this state as expected despite the financial hiccups experienced in the past, but we cannot remain over-dependent on federal allocation as there is an urgent need for us to be independent as an autonomous state.
“Payment of tax is a civic responsibility of all adults. We enjoin our people to see reasons in our agitation as we promise that their tax will continue to work for them”.  Aregbesola stressed.
Earlier, the Mufasir of Osogboland, Alhaji Maru’f Ishola  charged Nigerians to complement government efforts through the prompt payment of tax.

The Islamic scholar described regular tax payment as the only panacea that can cushion the current economic mess which according to him has impeded the growth and development of the nation.

Ishola said the recent bailout given to some states by the federal government as a relief package could only last for a while, stressing that the everlasting bailout remained the regular payment of tax..

He commended the governor for being judicious and prudent in managing the economy of the state, adding that Aregbesola has laid the standard for prudency, accountability and transparency in governance.

“Governor Aregbesola has demonstrated the genuine traits of a sincere Muslim in all his policies and programmes. He has proven to the world his undiluted love for Islam and this has been subsequently emulated by others.
“The only way to complement the efforts of this government is to pay our tax regularly because there is no shortcut to it”.  Alhaji Ishola canvassed.
In his remark, the Ataoja of Osogbo, Oba Jimoh Olanipekun described Governor Aregbesola as an undaunted pillar of Islam who has never compromised his religion for any purpose.

He prayed God to grant him successful landing in his good works to the state, saying he has wonderfully transformed the state. 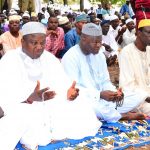