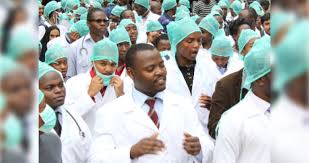 The Osun State Association of Resident Doctors of Ladoke Akintola University Teaching Hospital LAUTECH yesterday evening signed an agreement to put an end to their ongoing industrial action in the state.

The doctors who had embarked on an industrial action close to eight months ?finally decided to sheath their sword in company with the National President of The Nigeria Medical Association (NMA), Dr. Kayode Obembe and the National President of Nigeria Association of Resident Doctors? (NARD) Dr. Mohammed Askira to sign a memorandum of understanding that will put an end to the strike.
Askira who briefed some journalists after the resolution stated that it has become necessary at this point for state government and the doctors to come to a reasonable conclusion in the face of the present economic challenges and shift ground for the sake of the masses.
Askira commended the government of Osun who was represented at the meeting by the Chief of Staff to the Governor Rauf Aregbesola, Alhaji Gboyega Oyetola, for efforts to bring to an end the industrial action.
The NARD boss said, “Following a meeting with the Honourable Minister of Health, Prof. Isaac Adewole, where the issue of the ongoing industrial action by doctors in LAUTECH teaching Hospital was discussed. It was decided that the national leadership of NMA and NARD should accompany the leadership of the doctors in LAUTECH to meet with officials of Osun state government to bring to an end the industrial action”. 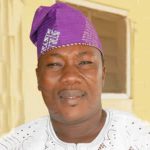 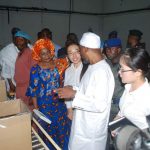