The Speaker, Osun State House of Assembly, Rt Hon. Najeem Folasayo Salaam and Chief of Staff to the Governor, Alhaji Isiaka Gboyega Oyetola have commended the governor of the State, Ogbeni Rauf Adesoji Aregbesola for his forthrightness at setting up the committee on fire safety matters whose function is to enlighten and sensitise
the public on fire safety consciousness.

The duo made the commendations while hosting the Committee on Fire Safety Matters who were on sensitisation and enlightenment tour to their quarters.
Hon. Najeem Salaam said Ogbeni Aregbesola is doing everything possible to develop the State in all ramifications. He therefore promised to support the committee with necessary skills that will strengthen its assignment.
Hon. Salaam also commended the committee for its efforts at generating revenue to the state government coffer.
In his own view, the Chief of Staff to the Governor, Alhaji Gboyega Oyetola applauded the governor for thinking ahead of time especially when the whole country is in recession.
Alhaji Oyetola, who identified with the committee, described the Chairman of the committee as a goal getter who always strives to achieve success at all cost.  He therefore promised that the government will not relent in her efforts at supporting the committee.
Earlier, the Chairman of the Committee, Hon. Oguntola Mudashiru Toogun explained the reason why both government and private ownership have to prevent their properties against disaster.
Hon. Toogun further said that the committee has sensitised more than three hundred industries, high rise buildings, schools with boarding facilities and higher institutions in the State. He promised that the committee will do better if all her needs are provided.
Highlights of the visit were inspection and enlightenment on prevention of fire disaster.
Present were the Secretary to the Committee, Mr. Toba Aluko and men of the Fire Service led by the Deputy Director, Mrs Moni Lawal.

295 Views
15
Monarch Appeals To Osun Government To Include Festival Among The Recognised OnesDecember 14, 2016
Osun Govt. Christmas Carol Holds On ThursdayDecember 15, 2016 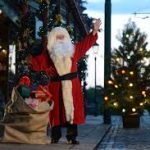