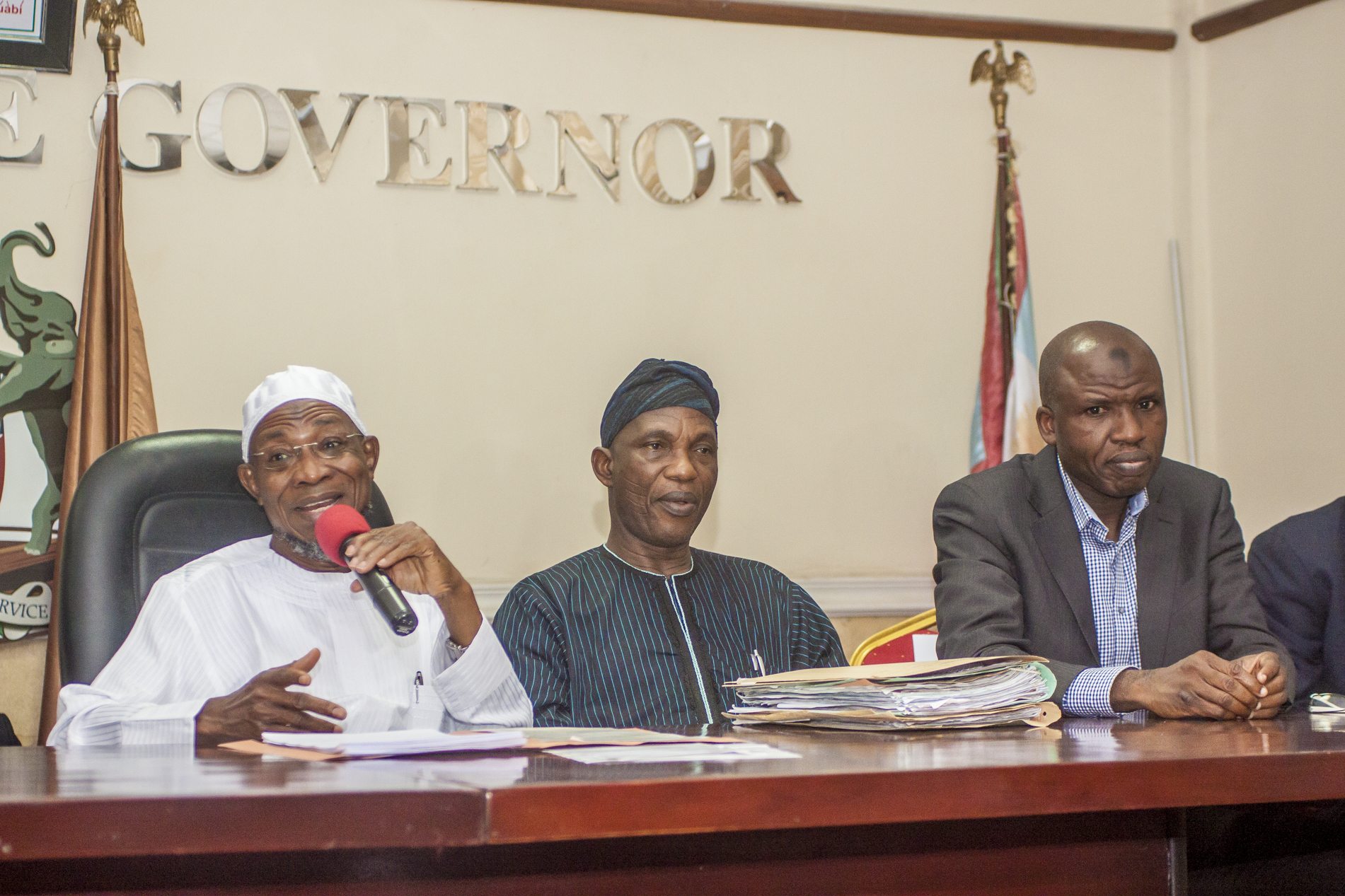 Ogbeni Rauf Aregbesola, the governor of the State of Osun, yesterday received the report of the committee set up in September 2016 to draft the bill for the Harmonization of Local Government Levies, Charges and Rates. The committee worked in partnership with Growth and Employment in States (GEMS3). In his statement, the Tax Advisor of GEMS3, Mr. Dawuud Musa gave a brief introduction, saying that GEMS3 is a UK DfID project targeted at improving the business environment for States. He said the project has been working in 15 States of the Federation.

He further explained that GEMS3 works with private and public sector stakeholders at National, State and Local Government levels to build and deliver a systematic framework that enhances the ease for doing business in Nigeria, leading to improvements in economic opportunities for the poor, especially women.
The chairman of the committee, Prince Taiwo Agunlejika presented the final draft of the bill to Mr Governor.

In his response, after welcoming all the attendees, Mr. Governor thanked GEMS3 and the committee for the efforts put into the process of drafting of the bill, stating that he and his team would go through the bill, and then forward it to the State House of Assembly for debate and passage into law. He admonished all that were present to see the great opportunities that lie in the payment of dues to government, and comply.
In attendance were the Deputy Governor of the State of Osun, Otunba Grace Titilayo Laoye-Tomori, the Secretary to the State Government, Alh. Moshood Olalekan Adeoti, the Chief of staff to the governor, Alh. Adegboyega Oyetola, the Head of Service, Mr. Sunday Owoeye, various stakeholders from the private sector, Market leaders, Permanent Secretaries of Ministries and members of the press. 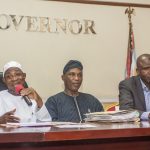