Cleric Prays For Aregbesola at 60; Urges Him to Remain Focused 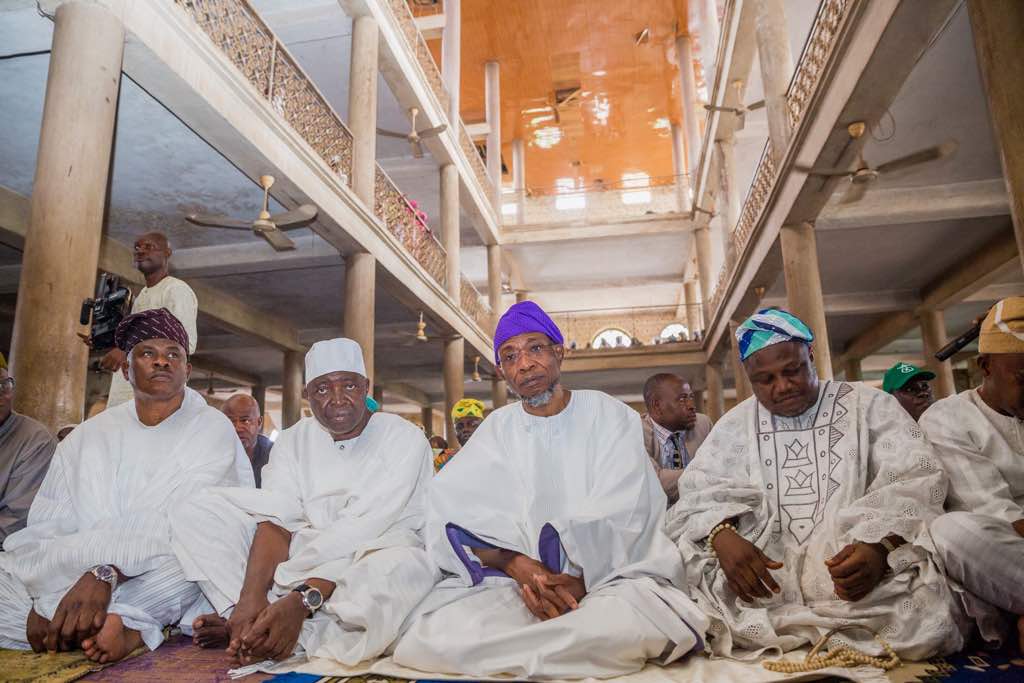 The Chief Imam of Osogbo Sheikh Musa Animasaun on Friday advised Governor Rauf Aregbesola to remain focused on his mission and not get distracted by attempts to derail his administration.

The cleric who delivered the sermon at the special Jumat Service held at the Osogbo Central Mosque Osogbo in commemoration of the Governors 60th year birthday, said Aregbesola’s ascension to power itself is a testimony to what he described as “Allah’s unpredictable ways of doing things regardless of what the humans decide”.
Those who accompanied Aregbesola to the special service in his honour include former Minister of State for Defence Mr. Musiliu Obanikoro, Senator Bayo Salami, and Other top functionaries of government such as the Secretary to the State Government Alhaji Moshood Adeoti, Chief of staff Alhaji Gboyega Oyetola.
Sheikh Animasaun said Aregbesola was underrated by humans but because he had been destined to assume the mantle of leadership in the state, all hurdles placed in his way were surmounted.
He urged Nigerians to draw good lessons from the governor whom he said has surpassed all expectations in terms of his commitment to the development of the state.
“This is a great lesson for us all and it is important for all of us to learn from it. People did not give him any chance as a governorship aspirant and candidate then. But because Allah had decreed that he would preside over the affairs of Osun, he assumed the position in spite of all the hurdles placed in his way.
“Today, we have no reason not to thank Allah for his life now that he is clocking 60. The only thing we can advise him on is to remain focused and committed to the good of his people that he has demonstrated.” the cleric said.
Animasaun listed quality roads, mega schools, emergency equipments such as ambulances across the state, provision of positive engagements for several thousands of youths in the state and above all, a new image of a prosperous state where investors can now come as indelible marks that Aregbesola has created.
Aregbesola while responding, thanked the cleric and others who have been praying for his administration admitting that prayers have been effective in guiding the steps of his government.
It was a huge crowd of residents of Osogbo who gathered around the central mosque to cheer the governor especially having learnt that jump service was a special one in commemoration his birthday.
The governor waved frantically to the excited crowd of both young and old who milled around him to show solidarity with the governor and his entourage.
Friends and associates of Aregbesola had earlier in the morning at the Government House banquet hall, organized another special prayer where they prayed for more guidance for the governor. 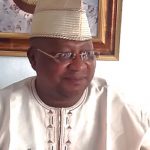