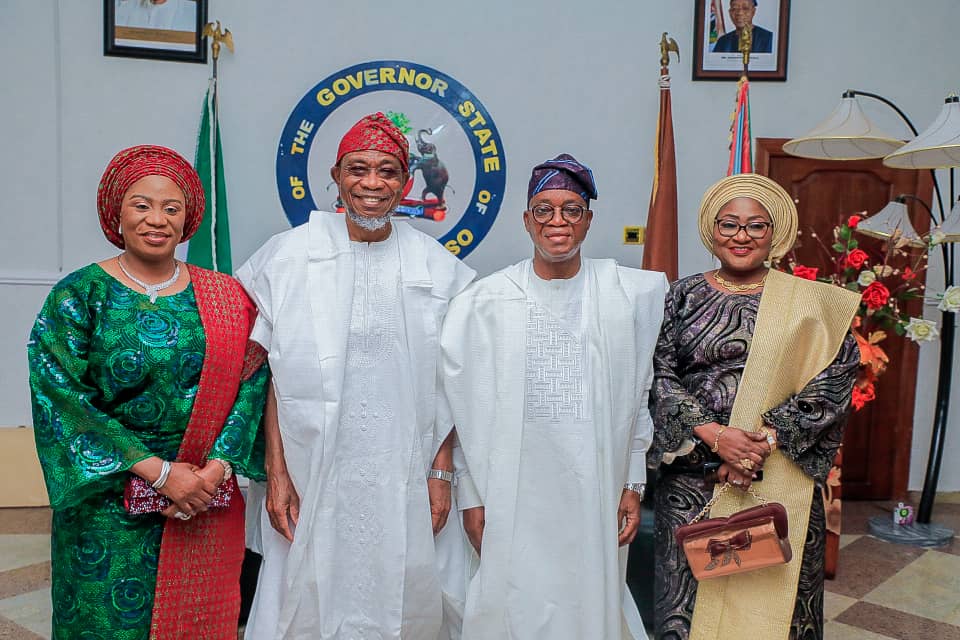 .as Osun govt celebrates him, Aregbesola

Osun State Governor, Adegboyega Oyetola has reiterated the administration’s commitment to stimulate the economy of the state and bring about development that will make it difficult for oppositions to contest future elections.

He said the government was resolute to sustaining the continuity of good governance, the foundation of which the progressives had laid in the state through the implementation of people-oriented policies and programmes that will make life abundant, worthwhile and meaningful for the citizenry.

The governor stated this at the weekend during the Celebratory Banquet reception organised in his honour and for his immediate predecessor who is now Minister of Interior, Ogbeni Rauf Aregbesola, at Government House, Osogbo.

He added that the resources of the state will also be channelled to things that will impact positively on the lives of the residents, and as well help to set the state on the path of socioeconomic, infrastructure and political growth and development.

While eulogising the former governor for leaving behind good legacies that can never be faulted anywhere in the world, the governor said he was happy to have succeeded Aregbesola.

Oyetola who reflected on the circumstances, hurdles and challenges that confronted him before ascending the office described his emergence at the poll and victory at the court as divine.

He expressed gratitude to the people of the state for their continued support, love and enthusiasm for the government, and for being supportive of his cause especially during the trying periods.

“I am extremely elated to be honoured today alongside my predecessor who is now the Minister of Interior, Ogbeni Rauf Aregbesola. This is another great thing in the history of our state.

“My emergence at the poll and our subsequent victory at the court was a clear manifestation that truly God’s will always come to fruition.

“It is God that sent us to govern the state and I thank God that we have been following the path He laid for us as reflected in the wonderful things that He had allowed us to do and to be doing in the last nine months of our administration.

“I am happy that I was part of the last administration and I am equally happy to have worked with my immediate predecessor, Ogbeni Rauf Aregbesola who God used to create modern Osun.

“Our focus is to continue to do things that will make the confidence that our people have in us permanent and which will help to retain progressives in government because we believe strongly that one way to ensure the masses are one’s side is to continue to prioritise their welfare.

“This is what we have been doing since we came on board and we will remain focused and determined to replicate the legacy of continuity being experienced in Lagos, such that oppositions will find it difficult to contest future elections against us in Osun”, Oyetola said.

Earlier in his remarks, Aregbesola commended President Muhammadu Buhari for the courage in appointing him in spite of the opposition to his candidature from some quarters.

He described the Celebratory Banquet reception as “motivating and encouraging,” saying it is also a challenge for him and the governor to do more.

Aregbesola added: “I just want to thank God for all He has been doing in our lives. I was here July 6, the day after the Supreme Court’s victory of my successor where I said I would be glad if God can allow us to have a state wide celebration for his victory not knowing that I will become a Minister and it will be a double celebration for us.

“Though it was difficult for us to return to government, as the road to where we are today was rough and thorny, we thank God that in spite of all the challenges, we came out victorious.

“I am thankful to God that in the entire South West, after late Obafemi Awolowo and Asiwaju Bola Ahmed Tinubu, I am the next that God favoured to have been able to successfully hand over power to a successor from the same party. This is a rare feat.”

The Osun State chairman of the All Progressives Congress (APC), Prince Gboyega Famodun, described Aregbesola and Oyetola as blessings to Osun and her people.

He described the Celebratory Banquet as deserving for the two prominent citizens of the state. He lauded them for making the party and the state proud.