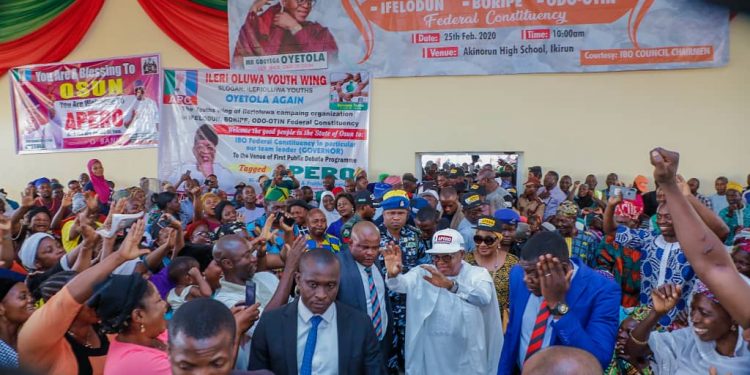 As part of his commitment to run an all-inclusive participatory government and in the bid to ease the concerns of the citizens,  the Governor of the State of Osun, on Tuesday, held a town hall meeting for the people of Ifelodun, Boripe and Odo-Otin federal constituency, addressing issues of education, Agriculture, health and infrastructure.

The people of Ifelodun-Boripe-Odo Otin federal constituency expressed much delight in the Governor for the interactive session, famously called “Àpérò”, seizing the occasion to express their satisfaction about the improved healthcare system, infrastructural development and payment of salaries of civil servants in the state, while also asking for more. This is even as Governor Adegboyega Oyetola reiterated the administration’s commitment to the general well-being of workers and the entire citizens of the state.

Oyetola who fielded questions from citizens on various policies and programmes of government, said full payment of workers’ salaries and other emoluments remained one of the topmost priorities of the administration, adding that this would continue for as long as he remains the Governor of the State.

While responding to the question on how the administration had managed to sustain full payment of salaries and pensions in spite of paucity of funds, the Governor maintained that his resolve never to toy with workers’ welfare was informed by the Qur’anic and biblical injunctions that workers’ sweats must not dry off before they are paid their wages.

Oyetola who attributed to God his numerous achievements across all sectors including health, works, education, security and agriculture, pledged to continue with the good works for the rest of the tenure.

“Everything we have been doing has been possible with the help of God. We have ensured that we serve you with fear of God and that’s why God has been supporting us. The only thing I can say about finances is that as a government, we are very prudent with our spending. We release money only on things with pressing needs. But then, workers’ salaries and pensions are key while other things can follow,” the Governor stated.

He explained that Apero had been organised as part of his plan to run an all-inclusive and all participatory government, adding that the programme would be replicated across other federal constituencies of the state.

Earlier in their separate remarks, the Commissioners for Health, Dr. Rafiu Isamotu, Special Adviser to the Governor on Public Health, Siji Olamiju, Commissioner for Education, Hon. Folorunso Oladoyin and the Commissioner for Agriculture, Dayo Adewole spoke on the achievements and development plans of the administration through their respective ministries.

The Commissioner for Health, Dr. Rafiu Isamotu said the administration of Governor Adegboyega Oyetola has raised the bar of quality, qualitative, affordable and functional healthcare delivery since assumption of office.

He drew the people’s attention to the government’s intervention on PHCs, revitalisation of general hospitals among others. He said the state had sustained the tempo of quality healthcare delivery across all levels.

“Government has also approved the payment of CONMESS and COHNESS to doctors and other health workers,” Isamotu added.

The Education Commissioner, Oladoyin raised the People’s hope as he disclosed the government’s plan to recruit 2500 teachers across the primary schools in the State.

He said, “A lot has been achieved in the education sector particularly in ensuring an improved welfare for the teachers. Half of the pension recently paid was given to teachers. Volunteer Inspectors of Education would be launched by the Governor soon. This team comprised the retired teachers and instructors to ensure that discipline is retained in our schools.

“This will also go a long way to improve on the standard of education.Governor is helping the indigent students to pay their WAEC fees to make them feel a sense of belonging. We are building, refurbishing classrooms. We have met and incorporated all Old Students Associations to support us in the development of education as government cannot do it alone.”

The Commissioner for Agriculture also explained the government’s support for farmers with fertilizer, building of rural roads through O’Ramp, and helping them to obtain loan through the Central Bank.

He added that over 1800 farmers had been engaged in cassava planting with government targeting 6000 farmers.

Meanwhile, the governor has said that the state government will try its best to ensure that rural posting of teachers is made attractive.

According to him, “rural posting is a standard practice which the government isn’t ready to change. However, we would ensure the incentives for teachers posted to rural areas are not denied them to encourage them to stay.” Further, he said that the strategy of community policing will also be deployed in the management of teachers in rural areas, stressing that qualified teachers within certain localities will be employed and retained in their respective communities. 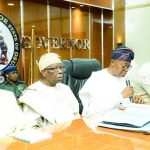 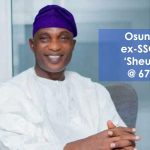