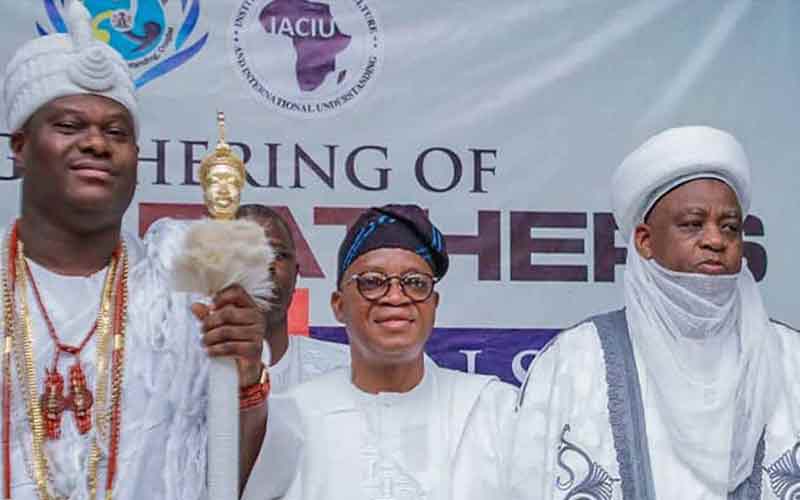 He urged Nigerians particularly the stakeholders and security agencies to partner the traditional rulers in the fight against the scourge. Governor Oyetola spoke on Wednesday while addressing the people at the National Summit on Security and Insecurity in Nigeria, held at Centre for Black Culture and International Understanding, Osogbo.

This is also as the Sultan of Sokoto, Alhaji Muhammed Sa’ad Abubakar and the Ooni of Ife, Oba Adeyeye Enitan Ogunwusi, the Chairman and Co-Chairman of the National Council of Traditional Rulers of Nigeria respectively, tasked the government and the citizens to remain committed to the  peace and unity of the country.

The duo, in their separate remarks, also pledged the readiness of the traditional rulers to partner with government in combating the scourge of insecurity in Nigeria. Governor Oyetola said for the country to overcome the menace, security agencies  must collaborate with the traditional rulers, sensitise and encourage their subjects to provide intelligence and expose the criminals in their domains.

He lauded the organisers of the Summit for the initiative, advising that the programme should be held regularly both at state and national levels as a way of enhancing security in the country.

”The state of Osun holds traditional rulers in high esteem as the embodiments and custodians of our culture, tradition and our Omoluabi ethos which make us tick,” Governor Oyetola added. Earlier, Ooni of Ife, Oba Adeyeye Enitan Ogunwusi, expressed the readiness of the traditional rulers to partner the government in strengthening security in the country, just as he reiterated the commitment of the monarchs to ensuring a united Nigeria.

He called for good leadership and committed following as panacea for ensuring a sustainable peace in the country. Oba Ogunwusi who described security of lives and property as fundamental to existence, advocated the need for government to return security matters to traditional rulers for effective and efficient policing at the grassroots. Also, the Sultan of Sokoto, Alhaji Muhammadu Sa’ad Abubakar, called on Nigerian leaders to do the needful in maintaining peace and stability in the country.

He canvassed peaceful coexistence among Nigerians just as he expressed readiness to continue to partner government to enhance the security in the country. The Sultan, who advocated good governance and justice as panacea for national security, urged the citizens to rise to the occasion and speak up with one voice in all honesty and fear of God to ensure permanent peace in Nigeria.

He also called for proper upbringing of the young ones, saying the gesture would go a long way to prevent vices in the society. He maintained that the time had come for all to follow the path that would continue to promote peace, unity, and tranquillity, particularly in the wake of dire security situation in the country. 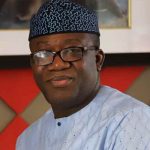 Oyetola congratulates Fayemi at 55February 9, 2020
Sultan to Oyetola: ‘You are a man of impeccable character, worthy of emulation’February 13, 2020 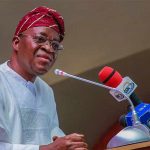