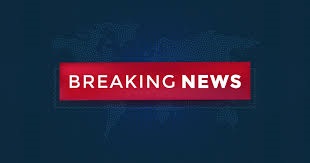 As part of efforts to nip in the bud the spate of Gender-Based Violence (GBV), and other related crimes against women and children, the State of Osun  Governor, Adegboyega Oyetola on Thursday inaugurated the Gender-Based Management Committee of the State.

Oyetola said the initiative was in furtherance of the government’s commitment to  ensuring a deserved place for women and children in the State.

Inaugurating the Committee at the Government House, Osogbo, Governor Oyetola said the initiative was another step in responsible security provision as it will afford the government an umbrella for the holistic management of gender-related crimes in a way that will protect women and children.

Lamenting the surge of anti women and children crimes in the country, the governor said the move would go a long way to give them the latitude to achieve their dreams and potential and make the state a reference point in combating the ubiquitous women and children-related crimes.

“This inauguration is in furtherance of our efforts at ridding our state of crimes, delivering peace to our women and children, ensuring their fundamental human rights and sustaining our profile as the most peaceful state in Nigeria.

“Women and children constitute a huge percentage of our population and are critical to the sustainable socioeconomic development of the state. They must therefore not only be protected from molestation, rape and other forms of violence towards women but be well positioned and encouraged to play these critical roles in our collective interest as a people.

“These are the reasons we are doing everything in our powers to protect them and provide them with the good life they all deserve and position them for the optimum performance of their roles as respected members of the society.

“The inauguration of Gender-Based Violence Management Committee today is another step in responsible security provision as it will afford us an umbrella for the holistic management of gender-related crimes in a way that will protect women and children, give them the latitude to achieve their dreams and potential and make the state a reference point in combating the ubiquitous women and children-related crimes.

“In achieving these laudable objectives, we have put together experienced, committed and peace-loving men and women to serve in this committee. I have no doubt in my mind that their combined wealth of experience will deliver their well- set objectives and further boost our award-winning profile as a peaceful state”, he said.

The Governor charged members of the newly inaugurated committee on the need to carry out their task with  the highest level of integrity, trust, dedication, patriotism and diligence so as to further provide security, good governance and sustainable development for the people.

He commended his wife, Mrs. Kafayat Oyetola, for taking the lead in the fight against Female Genital Mutilation and Gender-Based Violence in the state saying, “security of women and children is a critical aspect of our Development Agenda and is linked to the economy of the state and the well-being and prosperity of our people”.

In her remarks, the wife of the Governor, Mrs. Kafayat Oyetola, said women and children constitute major part of the world population and deserve to be treated as important, adding that the wellbeing of women is important to the development of society.

She thanked Mr. Governor for keeping his promise of supporting the fight against GBV, which culminated in the inauguration of the Committee.

She said the administration had also supported through provision of women and children clinics which would be found useful by the newly inaugurated Committee, adding that efforts would be intensified to rally support for the committee to enable it execute its terms of reference successfully.

Speaker of the State House of Assembly, Rt. Hon. Timothy Owoeye expressed the need to continue to name and shame perpetrators of rape and other gender-based violence.

He said the House had passed law that gives life imprisonment for rapist and 14 years imprisonment for a person found guilty of attempt to rape. He added that the 7th House umder his leadership is also working on law against some other societal  vices, including the primitive practice of female genital mutilation.

In her welcome address, the Commissioner for Women, Children and Social Affairs, Barr. Olubukola Olaboopo decried recent reports of increased rates of rape cases and other sexual assaults, adding that the traumatic effect of rape on victims is too huge to be ignored.

She maintained that the Governor had always given support for the welfare of women and children and protection of their rights.

She said the Committee, initiated by the wife of the Governor, was therefore necessary to ensure synergy among stakeholders for a more focused drive to curb the scourge of GBV.  Also speaking at the occasion, the Commissioner for Justice and Attorney General, Mr. Femi Akande said all kinds of GBV are punishable under the Protection Against Domestic Violence Law, 2013, Child Right Law, 2007 and Criminal Code Law 2002, adding that “both the law enforcement agencies and prosecutors in the ministry of justice have been given marching order to ensure that all perpetrators of GBV are not allowed to go unpunished.”