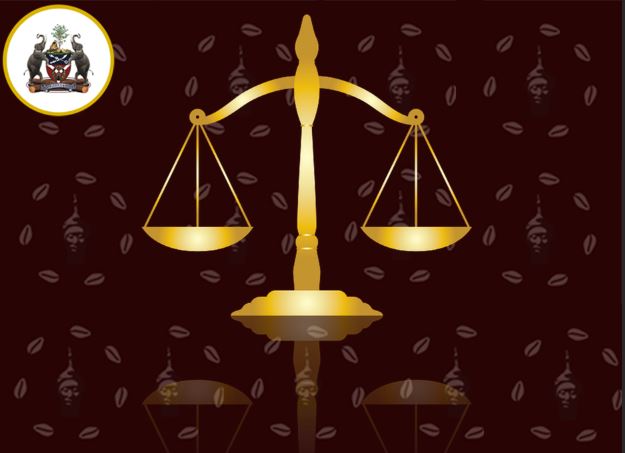 The Governor of the State of Osun, Adegboyega Oyetola, has said that the administration will continue to give priority to the welfare and wellbeing of the judicial officers in the State.
He reiterated the government’s commitment to strengthening the judiciary by making it more independent and autonomous.
This is even as the governor ordered the necessary process into the massive  rehabilitation and renovation of the courts across the State.
Governor Oyetola spoke on Wednesday while addressing journalists shortly after his inspection tour to Ife and Ilesa High Courts.
The Governor, who decried the deplorable condition of some of the courts, said the government would leave no stone unturned to ensure massive renovation of the courts in the State.
According to him, since judiciary remains the last hope for the common man, there is the need to guarantee the welfare and wellbeing of the judicial officers.
He said the only way for the government to strengthen the independence of the judiciary is to ensure comfort for the judicial workers, particularly Judges and Justices.
Oyetola said the decision to renovate the courts was part of the electoral promises made to the people of the State to guarantee their safety, security and wellbeing.
Oyetola who described judiciary as a significant arm of government, said its roles towards the sustainability of democracy and good governance can never be over-emphasised as it determines the fate and destiny of the people and the society.
“We are here  to inspect and assess the state of some of our courts in preparation for massive renovation. We are on on-the-spot assessment to assess what and what are needed to do to upgrade the standard of our courts as part of efforts to continue to ensure the independence and autonomy of the judiciary.
“As we all know, judiciary is the last hope of the common man, and as such, it is incumbent on any serious government to champion the welfare of the judicial workers as part of efforts to strengthen democracy and enhance administration of justice.
“It is in view of this that our administration made it a point of duty to ensure the independence of the judiciary and enhance the welfare of the judicial officers.

“The courts I have seen today in the course of the inspection are not good enough for our people, particularly the judges to sit, and as such, there is going to be massive renovation of our courts across the State.

“It is good that we have come to see by ourselves what is needed to be done. This is the first thing to do and we will direct the Ministry of Works to come up with what it will require to renovate those courts.

“Though this is going to cost us much — there is no doubt about that — but we are determined to do them in order to give some level of comfort to our judges.

“We are committed to providing conducive environment for our judges to operate. To us, this is the only way to support the judiciary and further guarantee justice for all”, Oyetola added.

The governor who commended the judicial officers in the State for their high sense of commitment to entrenching justice, said government would continue to do the needful and support other two arms of government in the collective efforts to develop the State.

In her remarks, the Chief Judge of Osun, Justice Oyebola Adepele Ojo, commended the Governor for taking the welfare of the judicial officers as priority since the inception of his administration.

She lauded the government for its resolve to renovate the courts across the State, saying the initiative would go a long way to stimulate the judicial system and bring some level of comfort to judicial workers.