The Governor of the State of Osun, Adegboyega Oyetola, on Monday pleaded with the  youths  protesting alleged brutality by   the now dissolved Special Anti-robbery Squad (SARS), to be calm, assuring  them that their demands would be met.

The protesting youths who barricaded the main entrance of the Government Secretariat, Abere, Osogbo in earlier hours of Monday, had earlier gathered at the popular Nelson Mandela Freedom Park where they made procession to the House of Assembly Complex to register their grievances and agitate for the disbandment of SARS by the Federal Government before assemblying at the Secretariat.

Some of their demands are disbandment of SARS, transparent prosecution of all erring officers, justice for the people who suffered injustice now and, in the past,, and an end to unjust harassment and extortion of youths by police among others.

Addressing the protesters, Governor Oyetola, who was represented by the Secretary to the State Government, Prince Wole Oyebamiji, said the administration was on top of the situation and would channel their demands to appropriate quarters.

He promised to present  their demands to the relevant authorities as part of efforts to meet their agitations.

“We are here to tell you that we are aware of your plights as youths and as Nigerians.

“We have listened to your demands and we shall do everything possible within the armbit of the law to address the issues as raised one by one.

“We will present your requests to appropriate quarters as part of efforts to strengthen peace in the State.

“As a government, we will continue to guarantee the security of lives and property of the citizens and we shall not leave anything to chance.

“We have been maintaining and sustaining the peace. This is what we promised to do and we shall continue to do it.

“We appreciate the way and manner you conducted yourselves. We commend you for this peaceful demonstration”, Oyetola added.

He reiterated government’s commitment to the security of lives and property of the citizens.

He said the administration would do everything within the ambit of the law to sustain the atmosphere of peace and stability reigning in the state. The SSG was accompanied by the Chief of Staff to the Governor,  Dr. Charles Akinola; Commissioner for Youth and Sports, Yemi Lawal and Chief Press Secretary to the Governor, Ismail Omipidan. 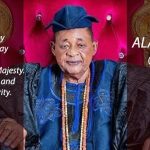