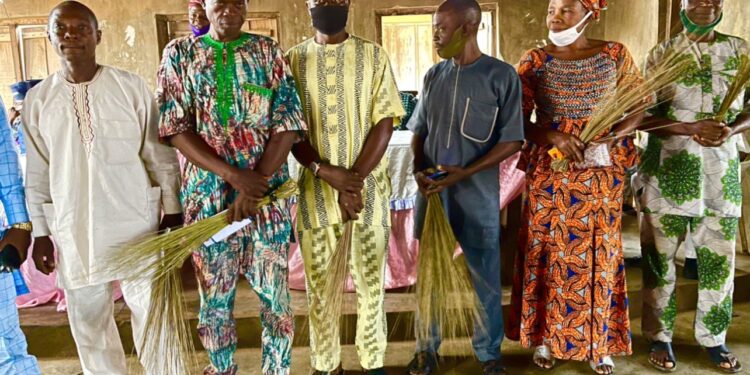 Former members of the People’s Democratic Party (PDP), and other parties on Wednesday, decamped to the All Progressive Congress (APC), in Ila-Odo Community, Odo-Otin North Local Council Area of Osun State. They were full of accolades for the party and the exemplary leadership of Adegboyega Oyetola which inspired them to join the party.

The decampees and returnees, who were received by the Chairman of the All Progressive Congress in Odo-Otin Local Government, Honorable Jimoh Aasa, and representatives of the government of Odo-Otin descent, said the policies and approaches of Governor Adegboyega Oyetola to governance were their motivation for joining the party.

Speaking on behalf of the decampees in an interview, Omonije Jonathan, the Chairman of the Ila-Odo Progressive Union, said his decision to join APC, especially as it concerns the State of Osun, is because the party and the government it has produced has shown great promise.

According to Omonije, “It is not just enough to be the ruling party, but to show concern for the welfare and wellbeing of the people. This is one of the encouraging signs we have seen in Osun.

“There have been noticeable developments across the State, in education, in infrastructure, in health. These things give us confidence in the government and make us want to support this administration that means well for the people of the State”, Omonije stated.

Another decampee, Afolabi Yinka, who described Governor Oyetola as a good ambassador of the Party, said the good works that Oyetola is doing in the State of Osun was enough encouragement for him to join the party.

“I’ve been away from the State because of my work, but since my return to the State, I have been impressed by the policies and approaches of Governor Oyetola’s administration to governance and democracy. I am happy and convinced that Governor Adegboyega Oyetola is worth supporting”, Afolabi stated.

Also, Prince Wasiu Shuaib Adesina, lauded the leadership of Governor Oyetola, saying the Governor has made the party worth associating with.

“At this stage in the affairs of a state or our nation, good governance is the way forward. That is why I decided to join APC in Osun state. Osun has been peaceful under the leadership of the progressive party, and Governor Oyetola has played a huge role in this.

“He has also shown great regard for the welfare of citizens through prompt payment of salaries and pensions arrears. There have also been all-round developments across the state. All these things inspired my decision to join APC. My decision to join the party is to support the good works currently going on in the state, which will prove costly if hindered”, Adesina stated.

Speaking at the event, the Commissioner for Information and Civic Orientation, Mrs Funke Egbemode, welcomed the new members on behalf of the Governor and government of the State of Osun, charging both new and existing members to stay united and work for the greater good of the State.

“There is strength in unity. So, we must all continue to work together if indeed we desire the progress of the State. The works of Governor Adegboyega Oyetola is evident for all to see. He is fulfilling the promises he has made to the people of Osun across every sector of the State.

“He has proved himself a good product, and when a product is good, when a product satisfies the expectations of consumers, it deserves loyalty and consistent patronage. It is the collective responsibility of new and existing members to invest their unflinching support in this good product that Osun has on display at this time”, Egbemode stated.

In his remarks, the Chairman of the All-Progressive Congress in Odo-Otin Local Government Area, Hon. Jimoh Aasa, lauded Governor Oyetola’s administration. He said that his leadership style had helped APC live up to its name in Osun.

He said: “If we consider what is going on in Osun through the APC-led administration of Governor Oyetola, we will know without doubt that APC is indeed a progressive party.

“The Governor has done a lot to ensure the party lives up to its name and motto through his progressive footprints. So, we welcome all those who have made up their minds to identify with this progressive movement, both those defecting from other parties and those who are returning after branching out to test other movements”, Aasa stated. 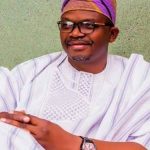 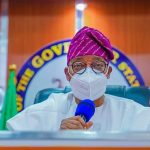