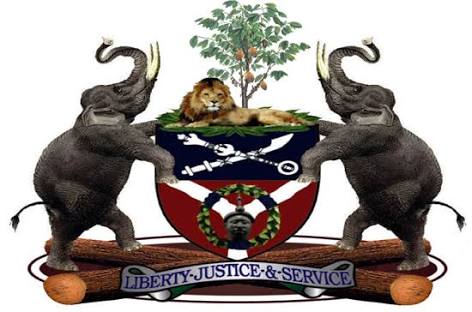 As part of its strategies to deliver qualitative and functional education, the government of the State of Osun is set to launch the Smart Schools Initiative, towards making Osun schools competitive and 21st century compliant.

This was disclosed through a press statement by the Commissioner for Information and Civic Orientation, Mrs Funke Egbemode, after the State Executive Council meeting on Monday.

According to Council, the initiative which has Teacher’s Digital Empowerment (TDE) as part of its offsprings, will include the reconfiguration of 5000 Opon-Imo tablets for distribution to teachers.

Recall that the Technical Committee on Education Review in the State, chaired by Professor Olu Aina, had recommended the retention and restructuring of the Tablet of Knowledge, otherwise known as Opon Imo, as part of the necessary restructuring in the education sector of the State.

“The government of the State of Osun is introducing Smart School Initiatives to digitalize and make the education sector of the state compliant with 21st century education system.

“Part of the derivatives of this initiative is the reconfiguration of 5000 tablets of knowledge (opon-imo) to serve as teachers’ instructional aide, creation of School Management Systems and digital content to enhance digital literacy in schools, training of teachers in modern pedagogy and training of principals in modern school administration and classroom management, among other initiatives.

“The government is also embarking on the renovation of 30 schools this year, across the three education districts in the State – Osun East, Osun West and Osun Central districts. This is to salvage schools that are beginning to fall apart

“All these are part of the mandate of the Governor Adegboyega Oyetola’s administration to provide 21st century qualitative and functional education that will produce market-ready, market-relevant and globally competitive graduates who will be problem solvers, critical thinkers and innovators”, the statement read.

In another development, the government has also announced its readiness to open up more industries and businesses in the State, as part of measures to bolster the economy of the state.

The statement further read: “Also, Osun is set to play host to a Tractor Assemblage Plant and a Polythene Pipe Manufacturing Plant, both from an Ukrainian Investment Company. The Ukraine Ambassador to Nigeria is expected to grace the flag-off ceremony.

“A complex that will have a cinema, hotel and a mall is also coming soon to the state capital. The government will be partnering with Value Strat Ltd. A golf course and hotel which had been abandoned for years will soon be brought back to life by a concessionaire from Netherlands.

“Governor Oyetola’s administration will leave nothing to chance in its determination to stimulate the economy of the State, as part of efforts to place the State on the path of socio-economic growth, development and sustainability”, it was added. 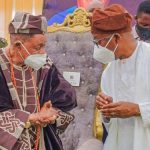