The duo of Commissioner for Water Resources and Energy in the State of Osun, Dr. Amidu Tadese Raheem and Commissioner for Lands, Urban Development and Physical Planning, Hon Nathaniel Agunbiade have on behalf of the State Government of Osun implored the residents of Kajola Community in Atakunmosa West local government to allow peace and unity to reign in the area by not taking laws into their hands over land disputes in the community.

The Commissioners gave the warning during a reconciliation visit jointly undertaken to the disputed lands in Kajola community.

Both Tadese and Agunbiade frowned at the state of affairs in Kajola with a declaration that anybody caught or found trying to cause chaos will be made to face the full wrath of the law.

They drew the attention of the members of the community to the peaceful disposition of Governor Adegboyega Oyetola led Administration in the State of Osun emphasising that anybody or community found wanting in this regard will not be spared.

While appealing to the feuding parties to bury their differences with immediate effect, the duo of Tadese and Agunbiade also enjoined them to ensure lasting peace in line with the Oyetola- led administration’s desire to make Osun the pride and envy of other states in Nigeria.

Leaders and members of Kajola community alongside the disputants who were at the peace meeting commended the peace parley masterminded by the two Commissioners. They also promised not to allow any untoward act that could lead to the breakdown of law and order in the community.

Meanwhile as a demonstration of continuing efforts to resolve the dispute, the state government has slated another follow-up peace meeting for the 27th April, 2021 at the Conference Hall of the Ministry of Lands, Physical Planning and Urban Development, State Secretariat, Osogbo.
### 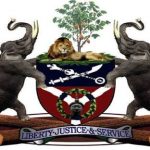 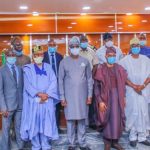