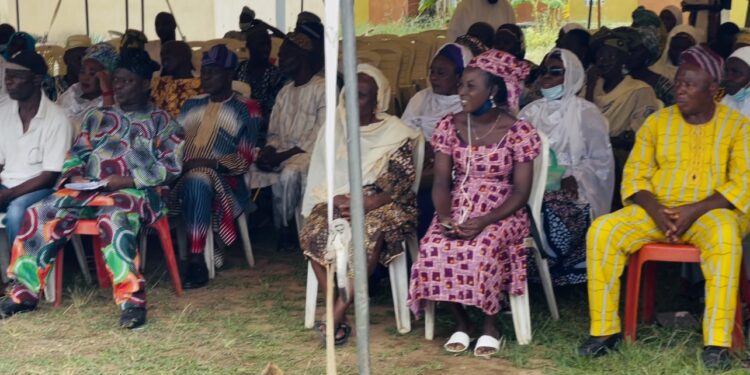 Representatives of different people groups in Osogbo Local Government have described the Governor of the State of Osun, Mr Adegboyega Oyetola, as a promise keeper.

Speaking during the distribution of food items from the Osun Food Support Scheme to vulnerable citizens in Osogbo Local Government, the beneficiaries said Governor Oyetola has contributed to prove that his love for the people goes beyond ‘political eye-service’.

Chief Chinaka Bennett, Secretary-General of Ohaneze Ndigbo group in Osun, appreciated Governor Oyetola for his sustained efforts at alleviating the sufferings of the masses in Osun.

Alhaji Kelani Raji, the representative of the Muslim Community, lauded the scheme as a step in the right direction by the Oyetola administration to provide succour to people for whom life would have been unbearable in the face of the country’s current economic realities.

Adedokun Waheed, representing artisans in Osogbo, lauded the administration of Governor Oyetola for the food support scheme, which he described as evidence of a deep concern for the people’s welfare.

Madam Mustapha Mohiliat, a widow from Aleshinloye Community, Oke-Ijetu, lauded Governor Oyetola for fulfilling his promises to the people of Osun.

The representative of Fulani Community and the PRO of the Miyetti Allah Group in Osun State, Mohammed Abdullah, described the Osun Food Support Scheme as an historical feat in the State, adding that such a people-oriented scheme had never been recorded in the State.

“We Fulanis in the state are grateful, and we are praying to God that Governor Oyetola achieves a second term. We will support him.” Abdullah said.

Adebayo Muritala, representing the Osogbo sector of Persons with Disabilities, lauded Oyetola for his consistency in paying attention to the welfare of citizens

“This is not the first time Governor Oyetola has factored in citizens, especially People with Disabilities, in the programmes of his government. This food support programme is just one his many welfare schemes and for this we are grateful”, Muritala said.

Fashoto Oludare, representing the Osogbo Chapter of the National Youth Council of Nigeria, commended Governor Oyetola for what he is doing in the state, and especially for the youths. 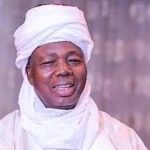 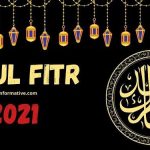