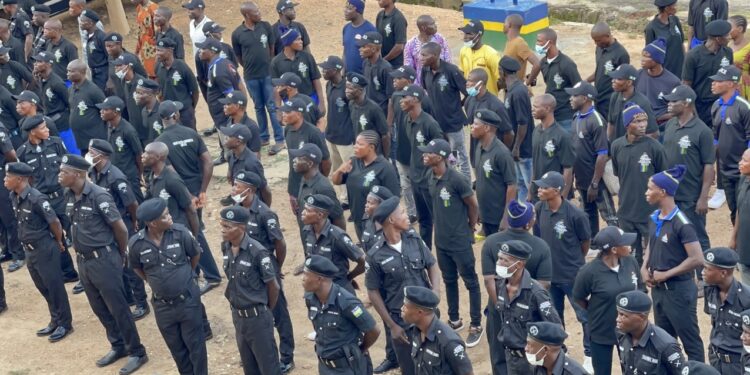 As part of efforts to upscale security in the State, Governor Adegboyega Oyetola of the State of Osun, on Wednesday, said his administration had initiated and sustained an inclusive security arrangement that brings all communities into a network to cooperate with and support the Police and other security agencies.

He added that this was aimed at achieving the security and safety that Osun people desire and deserve.

Oyetola, while addressing the newly trained Special Constabulary Police for the State, on Wednesday, also lauded the Police and the Security Agencies in the State for carrying out their responsibilities with utmost professionalism, to the admiration of the State and the people.

Oyetola, who was represented by the Secretary to the State Government, Prince Wole Oyebamiji, said: “Osun is noted as an Omoluabi State where hard work, character, commitment to duty and honesty is second nature to its citizens.  Our State is also ranked as the most peaceful in Nigeria. Despite the raging security challenges ravaging the nation, we still maintain this enviable status.

“To complement this profile, our Administration has consistently given the security and safety of our people their deserved prime of place, supporting the Nigeria Police and other security agencies to enable them to perform their duties effectively.

“We initiated and sustained an inclusive security arrangement that brings all our communities into our network to cooperate with and support the Police and other security agencies to achieve the security and safety that Osun people desire and deserve. We also collaborated with other States in the Southwest to form the Amotekun Security Network to police and protect our people and to deliver them from the raging insecurity in the nation.

“The Police and the Security Agencies in the State have carried out their responsibilities with utmost professionalism to the admiration of the State and the people”, Oyetola stated.

Oyetola also congratulated the newly recruited constables, charging them to approach their duties with highest level of professionalism.

He continued: “I congratulate you all on the successful completion of your programme and for representing Osun well at the training school.

“I therefore urge you to put the training you acquired at the training school to good use as you are posted to your respective duty posts.

“As you assume duty today, I charge you to always fly the Omoluabi flag that has earned Osun awards and marked its citizens out for distinction in their fields of human endeavour. You must approach your duties with the highest level of professionalism, integrity, loyalty, dedication and character while eschewing the vices that may give the Force a bad name.

“As youths and future leaders, Osun and the Nigeria Police look up to you as young men and women that will give hope to the country and rescue our dear people from criminals and insecurity. It is said that morning dictates the day. I therefore urge you to take a decision as you assume duty today to be the best and make a difference in a nation desirous of fixing security challenges”, Oyetola added.

In his remarks, the Osun Commissioner of Police, CP Olawale Olokode, said the 480 Special Constabularies representing the 30 Local Government Areas in Osun State, were carefully selected by the Community Policing Committee of each Local Government.

“They have successfully completed the training and are ready to serve Nigeria, the State and the Police Force wherever they are deployed. They have been taken through some aspects of police duties and some laws governing policing. We believe that these ones will make a difference by contributing significantly to the security of the State”, Olokode stated. 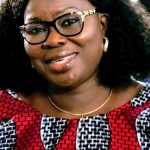 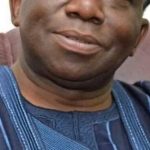