Governor of the State of Osun, Mr Adegboyega Oyetola, has approved severance package for former Councillors and elected officers in local government councils, whose tenure ended February 5, 2021. The payment will begin soon.

In a statement by the Commissioner for Local Government and Chieftaincy Affairs, Prince Adebayo Yekeen Adeleke, the gesture by Governor Oyetola will put smiles on the faces of the former elected officers.  It is also a gesture of appreciation to the officers for their service to their respective Councils and to the state in general.

“Governor Oyetola, a leader who understands the values of service, appreciates the individual contributions of these officers to the development of the state and to their respective councils.

“He has approved thus that we commence payment of severance package for each officer as an overt expression of his appreciation of their services. Governor Oyetola wishes them well in their future endeavours”, the statement read. 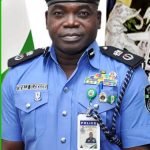