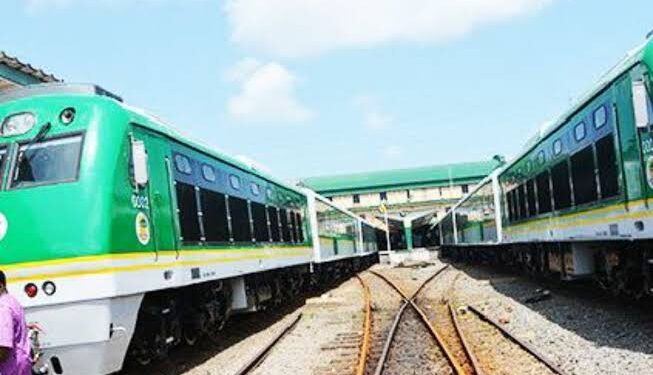 The Government of Osun has said it had contributed significantly to the resuscitation and sustainability of the rail transpor system in the country.

It said the rail system would have died a natural death particularly in western Nigeria if not for its regular intervention by providing free train rides for the people during festive periods.

This is even as the free train beneficiaries and yuletide holidaymakers hailed the government of Osun for sustaining the scheme over the years.

Recall that the Federal Government had on Friday announced its readiness to provide free train service to the citizens during this year’s yuletide period.

However, the free train service provided by the Osun Government to convey the holidaymakers and citizens who reside outside Osun but wish to celebrate the yuletide seasons had a safe trip to Osogbo on Friday evening.

According to the government officials, no fewer than 2000 people benefited from the gesture from Lagos to Osogbo as passengers were boarding and alighting after its takeoff at the Lagos terminus till it got to the final terminus in Osogbo where majority of them alighted.

Addressing journalists after the arrival of the train at the Osogbo terminus of the Nigerian Railway Corporation, the Commissioner for Commerce, Cooperative, Industry and Empowerment, Dr. Bode Olaonipekun, said Osun had contributed immensely to the sustainability of Nigerian rail transportation system.

He said the adoption of the free train service by the Federal Government was an attestation to the fact that Osun remains the pacesetter of good governance and pro-masses policies implementation.

Olaonipekun who described the gesture as a welcome development noted that the sustainability of the scheme for about 12 years was an indication that the government was primarily concerned about the welfare and well-being of the citizens.

“The are lots of benefits in the free rail transportation system such as socio-welfare benefit for the masses, economic benefit for both Nigerian Railway System and people of the respective states at which the train service has either stopover or stop for maintenance.

“Beyond this, nationally, there is a major benefit that the State of Osun is bequeathing to the nation in general and the Nigerian Railway Corporation in particular because for about 12 years now, Osun has sustained the rail system in Nigeria.

“When there are non-existence or not performing at all in other different regions of the nation, the train from Lagos to Osun has been running effectively at lease three times in a year.

“This is commendable and I want to say it categorically that Osun has contributed immensely and significantly to the sustainability of Nigeria rail transportation system. If it is worthy for us to have sustained this for about 12 years, so also, it worths something that can be recommended for the nation and as it is, the Federal Government has adopted it.

“We ‘re the government of the people and for the masses, and whatever that touches their lives, their welfare and convenience is what the Governor is particular about, that also speaks in some of the awards that the Governor has received based on his approach to welfare of the masses.

“For the Federal Government to have announced the adoption of the free train service shows clearly that Osun is the pacesetter of good and people-oriented policies.

“As we all know, there are several policies of Osun initiatives that the Federal Government has replicated, and on this, there is no other state that has been doing the free train service in Nigeria except our state.

“We implore the Nigerian Railway Corporation to improve on the system through the provision of faster locomotive that drives the engine. We believe there are better ones, if they are doing the new gauge that are very faster, they should quickly extent it to Osun”, he added.

Speaking in turns, some of the beneficiaries who spoke to journalists applauded the State Government for sustaining the laudable initiative.

Mr. Olaniyi Olasode; Mrs. Olu Ayo and Mr. Moshood Adeyemo Raji commended the scheme which they said have given them the desired safety and comfort.

They urged Governor Oyetola to continue with the programme as it has helped to save many lives that would have lost to road mishaps, and given comfort to many since its inception. 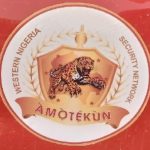 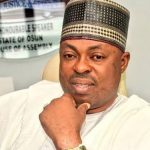