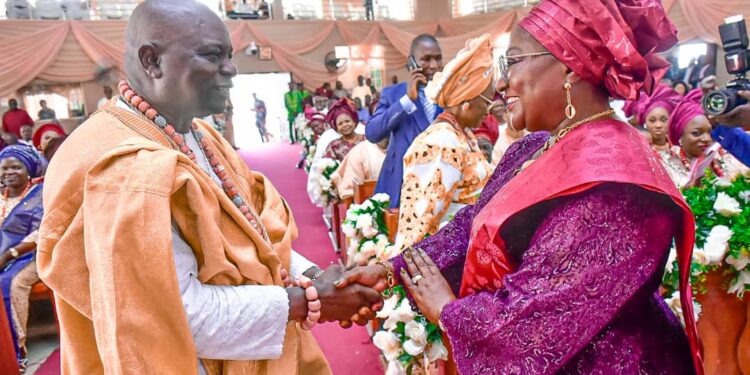 …Says it’s in our interest to help the poor

The wife of Osun State governor, Mrs Kafayat Oyetola, has paid glowing tributes to a former governor of the state, Prince Olagunsoye Oyinlola, describing him as a true patriot and statesman.

She described Oyinlola as a politician who places the affairs of the state over and above partisan politics.

The Osun First Lady made the remarks on Saturday during the 70th birthday thanksgiving service celebration of Princess Oyinlola in Okuku, Osun State.

According to Mrs Oyetola: “I want our politicians to emulate former Governor Olagunsoye Oyinlola. He is a true patriot and statesman. He does not see himself as an opposition leader or politician.

“For him, it is about what works for Osun. There is nothing we are doing as a government that he does not take part in. He sees himself first as a statesman and father of the state.

“If all politicians play politics like Prince Olagunsoye Oyinlola, our polity will be healthier, smoother and there will be no bitterness.

She congratulated the celebrant, Princess Omolola Oyinlola, saying “she is a devoted mother, not just to her biological children but to all of us. She is also very humble and accommodating.

“She is measured, moderate, but still elegant. She has been a great wife, holding fort at the home front and raising  children the family is proud of. Even as governor’s children, her children were cool-headed. They are still cool-headed today”, Mrs Oyetola said.

She also congratulated the celebrant and other members of the family on the occasion. 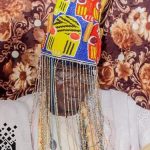