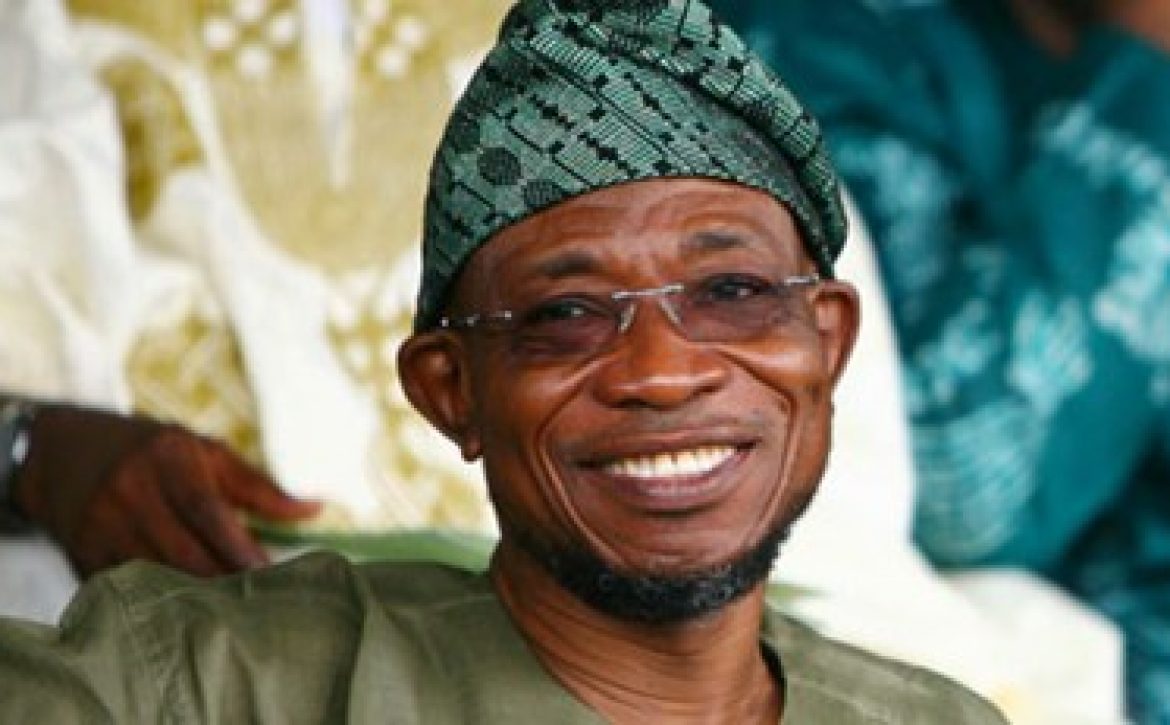 The Governor of the state of  Osun, Rauf Aregbesola, and the newly installed Oluwo of Iwo, Abdu-Rasheed Akanbi at the weekend said that the first basic requirement for any citizen to make demands from the government is the fulfilment of their civic responsibility to the government by payment of taxes.

The Governor identified the importance of tax in governance at the occasion of the presentation of staff of office and instrument of appointment to the Oluwo of Iwo.

Also at the event was the Governor of Oyo State, Abiola Ajimobi, Deputy Governor of Osun State, Grace Tomori, and many others.

‎Governor Aregbesola stated that taxation is the heartbeat of any government and that the primary way people can demonstrate loyalty to the state is by supporting it through payment of tax.

He held that people must return to payment of tax like before, saying what states of the federation gets from the federal allocation can no longer sustain them in meeting their responsibility to the people.

Governor  Aregbesola called on people of the state, most especially young school leavers to be productively engaged in farming.

According to him, “with the precipitous fall in oil price, an end has come to this and by necessity, we must earn our own money, if we must tide over this special and challenging time.

“Every able-bodied person, most importantly the youth and school leavers, must be productively engaged, especially in farming. This should not be difficult to do in Iwo because the people are predominantly farmers.

“We are rolling out a new programme with huge incentives for all interested persons to participate in farming, in a way that will make them rich and yield huge revenues to the government,” the governor stressed.

‎‎Mr. Aregbesola charged the monarch to lead by example, saying leadership naturally comes with certain privileges and that a good leader must convert privileges to resources of governance.

He also admonished that the monarch must rule with wisdom and fear of God, noting that the people over whom he presides are diverse politically, ideologically, temperamentally, socially and by moral disposition.

“Not all of them will readily agree with you and many of them will say or do things you will consider abhorrent. But they are all your subjects and you are required to preside over them with tact and wisdom in a way that will enable you to get the best out of them.

“A leader must also be a unifying person and must never constitute a divisive agent. There are two kings whose reign the Yoruba never forget. These are the king whose reign is peaceful and the one whose reign is characterised by turmoil and scattering.

“May your reign be peaceful and usher in prosperity for the people in the realm,” the governor said.

In his acceptance speech, the Oluwo said he is in the total support of government’s tax efforts and that state and the communities making it up will witness tremendous progress.

He then joined the call by the governor to all well-meaning citizens to carry out their civic responsibilities by promptly paying their taxes.

He lamented that this was not the situation in the past as “our fathers used to fulfil their obligation to government and thus expected good governance.”

The monarch enjoined the people of Iwo and Osun in particular that they must publicise the necessity for tax payment to all and sundry.

He said: “What then has happened that we must turn away from taxes and at the same time expect wonders from the government.

“Please, as you stand here today, say it loud to the hearing of the next man or woman to you “Emi o sanworii temi, Iwo nko? (Meaning I will pay my own taxes, what about you?”

The monarch also advocated for the use of local resources in the economic production process for the development of our own God-given potential, saying this will guarantee economic well-being of the people of the state.

Promising that his reign would focus on the development pursuit of economic liberation of his people, he stated that he would continue to advocate for a massive utilisation of locally sourced materials for the production of those articles and goods being massively consumed by the people.

He continued: “I am here to serve my people. I am here to take my homeland to that height that it deserves among the comity of modern cities of the world. ”

In his remark, the Chairman of the occasion, Wale Babalakin, described the coronation as the most singular notable event in recent history of the town and the state.

He commended the people of Iwo Land for the maturity they employed in choosing the monarch without any rancour.

He noted that Osun has the most concentration of cities in the country, which presents any monarch and government both challenges assets.

He stated that the peaceful selection of the new monarch would be a harbinger of good things to come to the town and state.

“This is a singular notable event in the history of presentation of staff of office to a king in the state.

“Very remarkable and done in the most mature way, the people of Iwo must be congratulated for this achievement.

“They people have done well in chosen a popular, we’ll educated and we’ll exposed man as king.

“This is a great asset as well as a challenge to the town and the state; challenge to progress and population as asset. If the state’s natural and human endowments are annexed, today’s event will be a harbinger of good things to come,” Mr. Babalakin said. 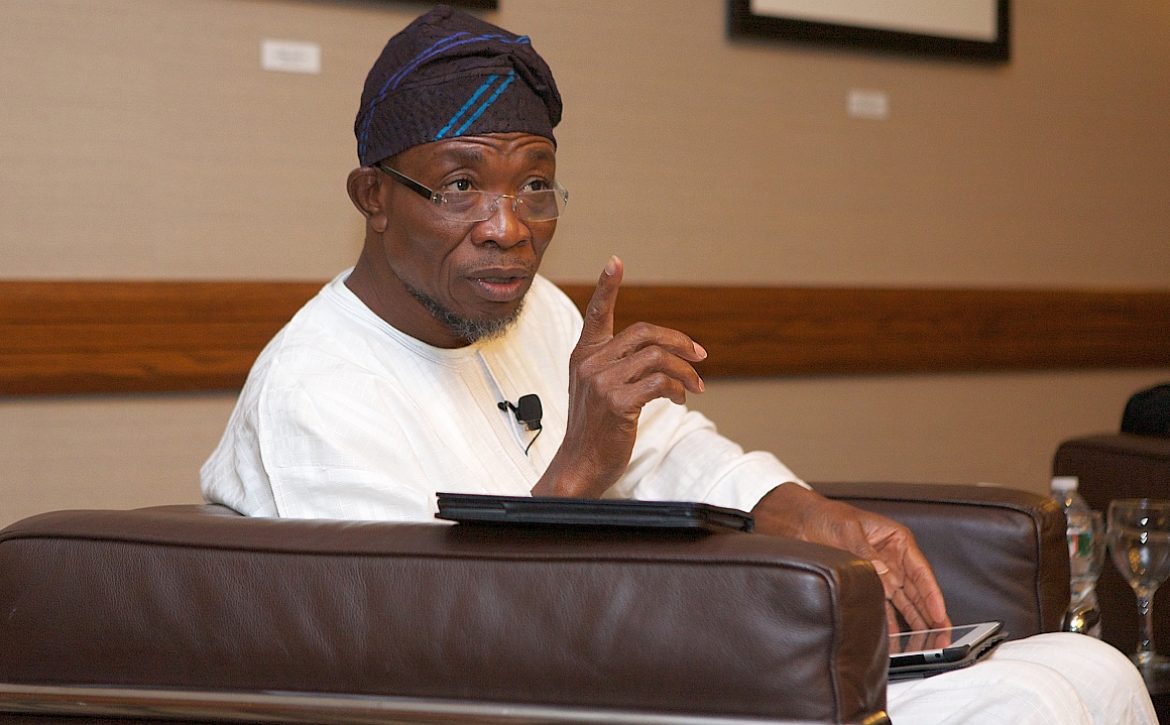 The Osun State Government has given an assurance that it would continue to create an enabling environment for investors to thrive in the state.

The Acting Chairman of the Osun Internal Revenue Service, Dayo Oyebanji, stated this in Osogbo the Osun State capital, at a meeting where a Memorandum of Understanding (MoU) was signed with a foreign gaming company.
He stated that the gaming initiative was not only to create employment for many youths, but to also boost the state’s revenue generation through entertainment.
He explained that creating an enabling environment for investors would in turn improve the economic base of government to help meet its statutory obligation of providing basic needs for its citizens.
Describing the initiative, which is a landmark for Osun State, he added that the project would also empower people to make money for themselves.
The Internal Revenue boss maintained that in order to achieve the objectives of the partnership, the gaming would be automated thereby enhancing zero tolerance for leakages of revenue.
One of the project partners, John Kamara, had earlier pointed out that aside from building and discovering new talents, the entertainment industry in Osun state would also be developed.
Kamara promised to deliver on the MoU signed with the Osun State government to boost the state’s economy as agreed.
While assuring them of success, he said that the company, through gaming and entertainment, had partnered with many countries to build their economy.