The Osun State Government has disbursed the sum N753 million as loans for agricultural activities to farmers in the state in the last one year, an official said in Osogbo.
Mr. Ismail Alagbada, the state’s Commissioner for Commerce, Industries, Co-operatives and Empowerment, made the disclosure while defending his ministry’s 2014 budget.
Alagbada had appeared before the state House of Assembly’s Committee on Finance and Appropriation.
Alagbada said the Bank of Industry (BOI) was also collaborating with the state government in giving loans to the farmers. He said 77 farmers’ co-operative societies had benefited from the loans under the Quick Impact Intervention Programme of the state government.
“The loans were disbursed to farmers in the bid to boost food production in the state,’’ the commissioner said. He said also that the ministry had so far been able to recover N88 million out of the amount disbursed.
The commissioner however said the ministry was working assiduously to recover the outstanding N665 million before granting further loans to farmers from the 2014 budget.
In his remarks, Mr. Najeem Salaam, the Speaker of the assembly, urged the ministry to look inwards so as to improve its internally-generated revenue.
NIGERIANOBSERVER 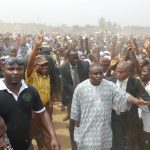 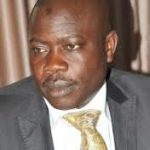