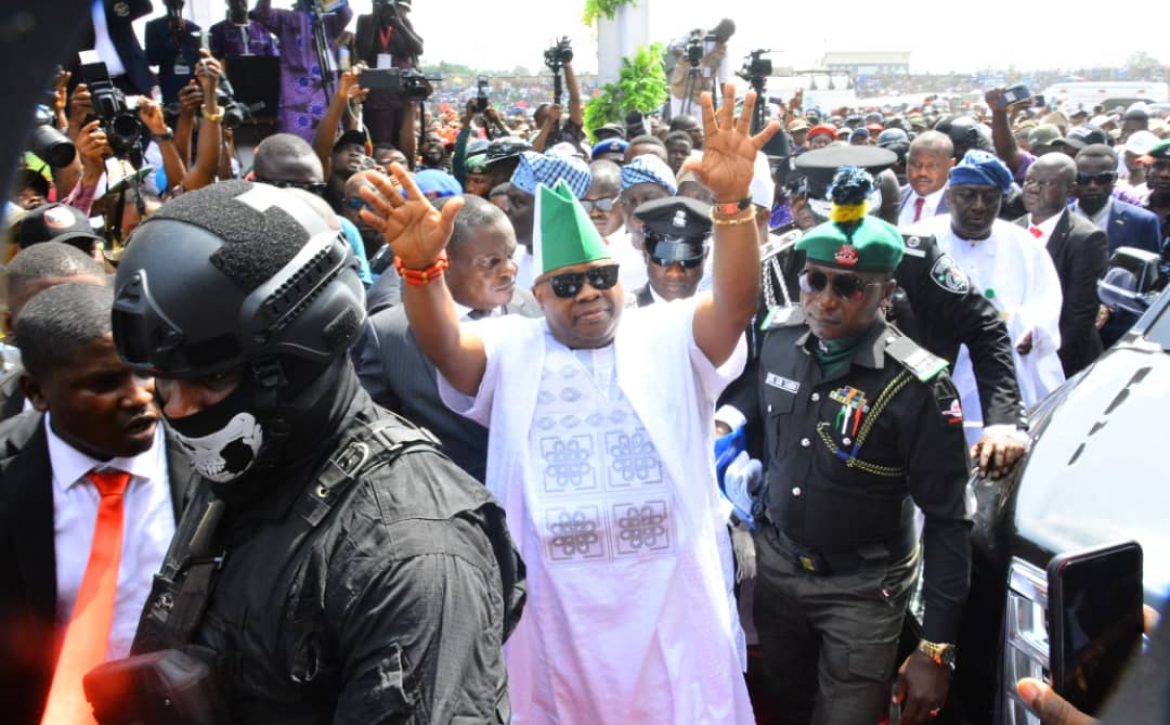 Osun State Governor, Senator Ademola Adeleke has declared that the State workforce and entire people of Osun will enjoy his administration maximally.

The Governor made the promise in his remarks at the Inter-Religious Service held to welcome him into the Office of the Governor in Osogbo, the state capital,on Monday

The Public servants led by Principal officers and labour union leaders received the new Governor into the government Secretariat, where an inter-religious service was held to usher him into the office.

The new State helmsman was received at the main gate of the Government Secretariat by the excited civil servants who sang praises and appreciation song to God for his emergence.

The workers danced from the secretariat entrance to the Office of the Governor, White House Motor Park, where prayers and Royal blessings were rendered on the 6th Executive Governor of Osun state, Senator Ademola Adeleke.

Speaking at the occasion, the Governor who joyfully sang thanksgiving songs to God as he narrated his political testimony, expressed appreciation to Osun people for welcoming him with joy.

“Today, i am glad to meet Osun Civil Servants who have been expecting me, I am grateful to God to see you troupe out, with singing and dancing, to welcome me.This is a clear demonstration of the fact that God indeed answers prayers.

“Election has come and gone; I am going to be a peoples’ Governor; I am now a Governor for all, regardless of political affiliation;I am going to be a listening Governor, and I pray God to help me fulfill my good wishes of taking Osun state to the promised land; I assure the good people of Osun that I will not disappoint you, i thank everyone in Osun state.

“I am constitutionally empowered to man the affairs of Osun State, it is time to work, and we must succeed together.I urge you all to pay attention to details and duties, and together we will take the State of the Living Spring to greater heights, I love you Osun people, the Governor stated.”

Earlier in his welcome remarks, the Permanent Secretary, Ministry of Human Resources and Capacity Building, Mr Leye Aina congratulated the Governor for his victory at the polls while he welcomed him to Osun Government Secretariat.

Lauding the five-point agenda of the Governor, which he described as human friendly, he assured Governor Ademola Adeleke that the Osun Public Servants will stand solidly behind his administration for remarkable achievements.

In seperate goodwill messages, the Ede-born Governor was charged on investing in people oriented policies that will favour the good people of Osun. He was also advised to use his good office to eradicate thuggery among youths, and to work with stakeholders, irrespective of political class or status.

Various Clerics also admonished him not to forsake God who has entrusted into his hands the sacred responsibility of administering the State,nudging him to give the people of Osun State real dividends of democracy.

The Inter-Religious Service was graced by the wives of the Governor, Deputy Governor, the Secretary to the State Government, the Chief of Staff, People’s Democractic Party leaders, National Assembly members, Royal fathers, members of the Judiciary, Service Chiefs, Religious leaders, Iyalojas, Babalojas and Imole Osun Associations, among others.

It would be recalled that the Executive Governor of Osun State, Senator Ademola Adeleke was declared the winner of the July 16,2022 Governorship election,and was sworn in on Sunday, November 24, 2022 . 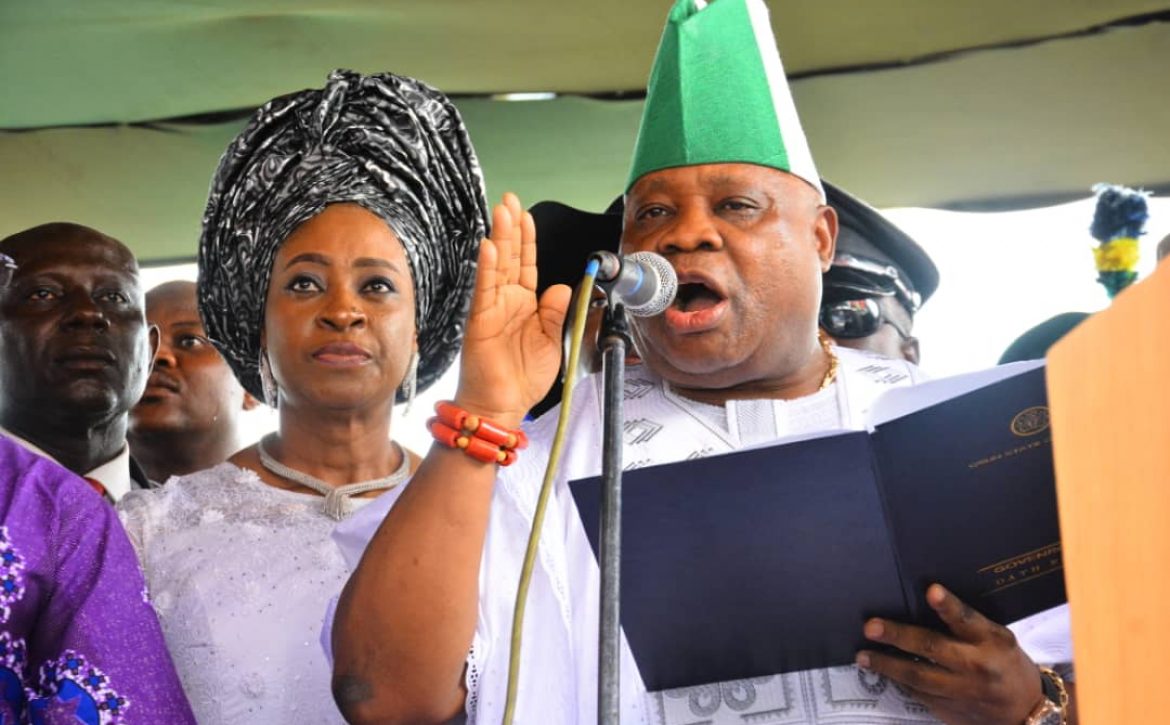 The new Governor of Osun, Senator Ademola Adeleke, has directed the comprehensive review of all policies and government decisions in the state from July 17, 2022.

The Governor also directed the reversal of all appointments made in the state at the twilight of the previous administration, as well as the freezing of all state accounts with immediate effect.

Governor Adeleke stated this in his address at his inauguration ceremony, today at the Osogbo Township Stadium.

He solicited the support of the people of the state, to deliver on his five point agenda to the people. 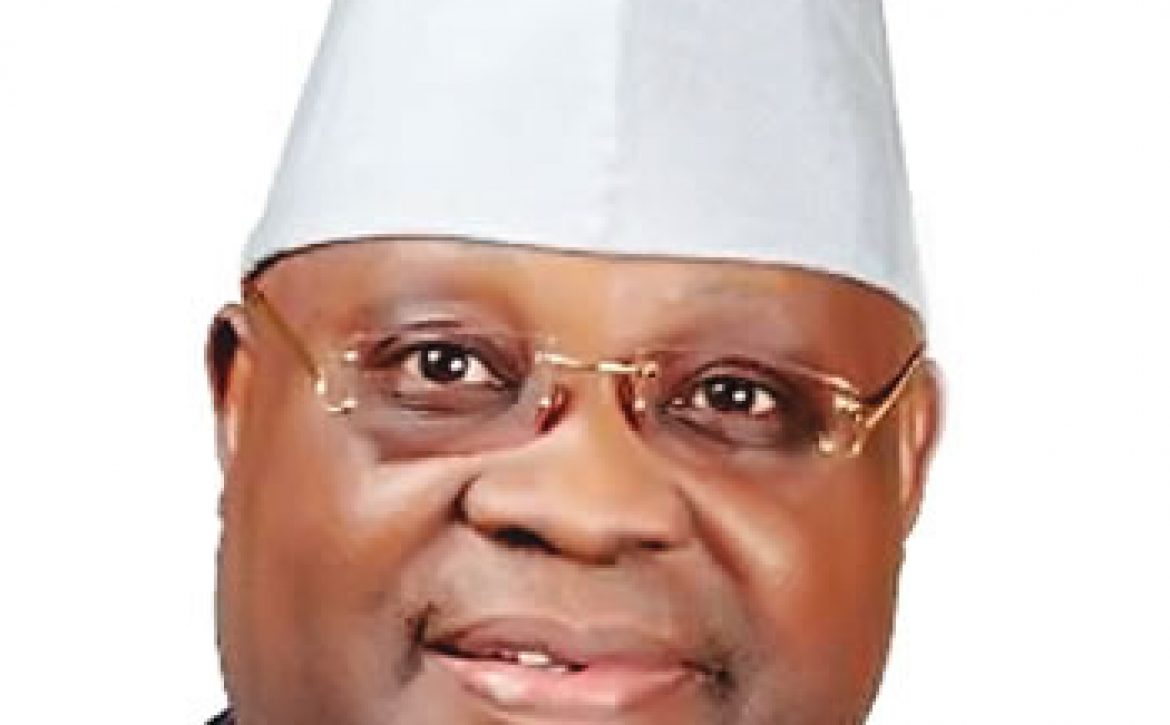 The administration of Senator Nurudeen Jackson Ademola Adeleke has been described as one that will positively touch the ives of every resident of the State and relaunch Osun into a new pedestal of development.

The deputy director, Adeleke campaign organization and member of the inauguration committee. Bar. kolapo Alimi stated this while speaking with newsmen of Senator Adeleke.

Bar. Alimi said Senator Adeleke has come prepared with his wealth of experience to correct so many abnormalities left by the immedaite past government

He said residents of Osun should put their mind at rest as Senator will not renege on any of his promises to the people of the State who trooped out in their large number to vote for him on July 16.

Alimi assured that the administration is not one that will witch-hunt anybody as Senator Adeleke will rule with the fear of God and the love of the people who voted him into power.

House of Representatives Member representing Ede North/South, Egbedore/Ejigbo Federal Constituency, Hon. Bamidele Salam has described Senator Ademola Jackson Nurudeen Adeleke as a God fearing man who has the love and interest of the people at heart.

Hon. Salam stated this on Sunday at the official Inauguration of the 6th democratically elected Governor of Osun State held at the Osogbo township stadium in the State capital.

The lawmaker assured residents of the State to put their minds at rest as the new administration has come to take people of the State out of the doldrums of poverty and underdevelopment.

He said Senator Adeleke has come handy with ideas and innovations on how to make governance truly democratic and benefitial to the masses in every nook and cranny of the state.

“The real essence of governance will be truly felt henceforth because Senator Adeleke is a man of his words, he is a man of integrity who delivers on his promises.

“The people of Osun should be ready to witness development like they have never seen before. I can assure residents of Osun that we are in for a smooth ride of unprecedented development”. The lawmaker stated. 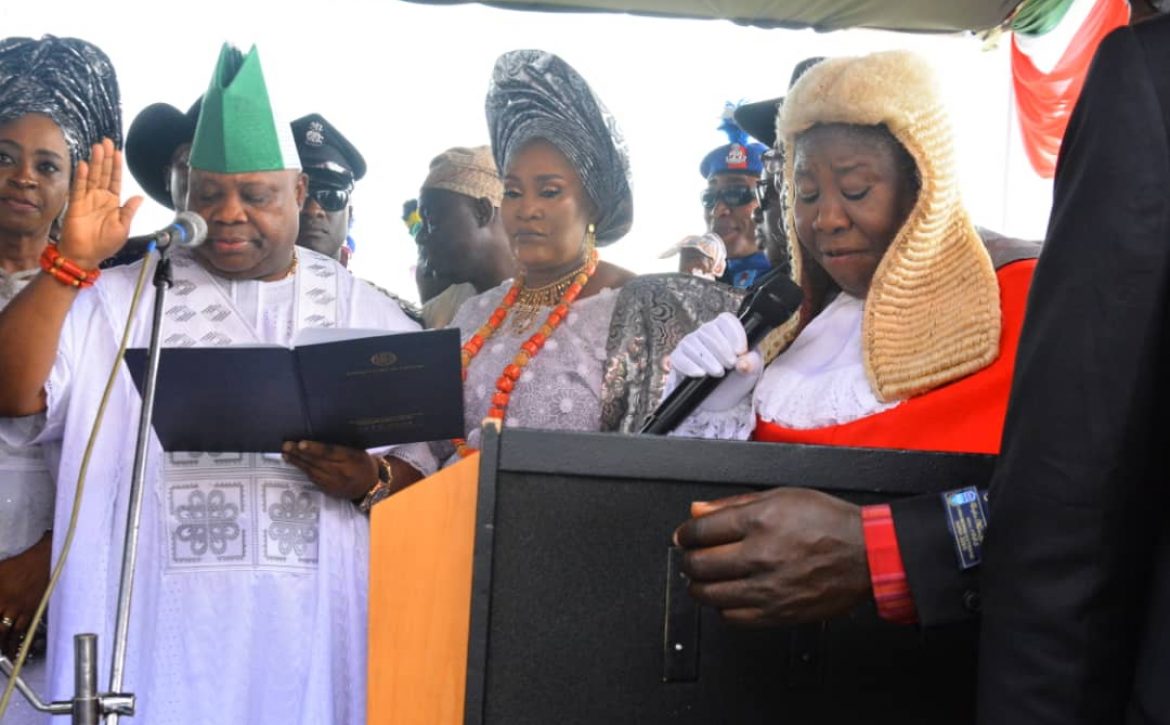 Senator Ademola Jackson Nurudeen Adeleke has been sworn-in as the 6th elected Governor of Osun, on Sunday.

Senator Ademola Jackson Nurudeen Adeleke has been sworn-in as the 6th elected Governor of Osun, on Sunday.

Adeleke became the Governor of Osun, after being administered the oaths of allegiance and office by the State’s Chief Judge, Justice Oyebola Adepele-Ojo, before a mammoth crowd of Peoples Democratic Party (PDP) members, supporters and guests from all walks of life, at the Osogbo Township Stadium.
Justice Adepele-Ojo, also administered the oaths on the new Deputy Governor, Prince Kola Adegboyega Adewusi.

The stage is now set for the official Inauguration of Senator Ademola Jackson Nurudeen Adeleke as the 6th democratically elected Governor of Osun State.

The Osogbo township stadium, venue of the inauguration is already wearing a look and it has already become the center of different activities.

Enthusiastic residents of the State who are eagerly awaiting the new government have been seen filing into the stadium as early as 7am while observing security checks at the gate.

The stadium has been beautifully decorated with the traditional colours of the People’s Democratic Party (PDP) red, white and green making the arena look so colourful.

It will be recalled that Senator Ademola Jackson Nurudeen Adeleke was declared the winner of the July 16 Governorship Election held in the State by the Independent National Electorial Commission(INEC) making him the Sixth democratically elected Governor of Osun State . 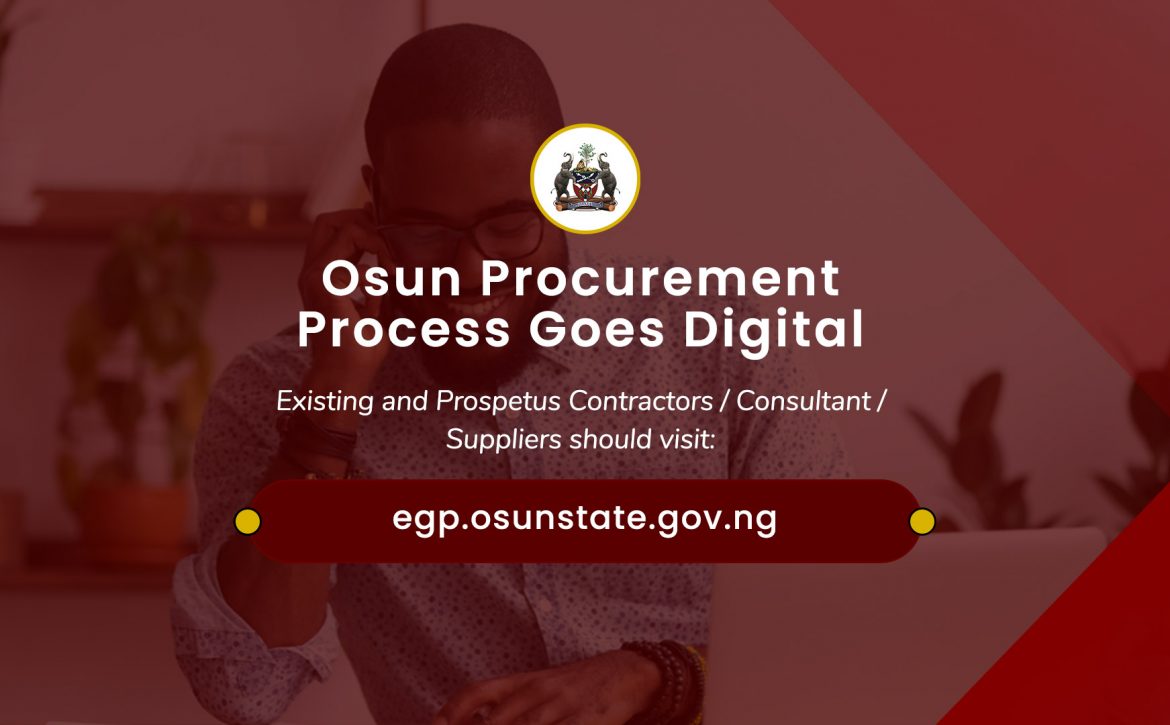 The Osun Public Procurement Agency has made history by publishing its first ever tender advert for one of the pilot MDAs(Ministry Works and Transports) on the e-procurement platform.

The advert which is to be done by selective tendering has been published. for further information please visit https://egp.osunstate.gov.ng/tender_info.php?tender_ref=ocds-xwwr9a-001581-OS/WT/01-NG