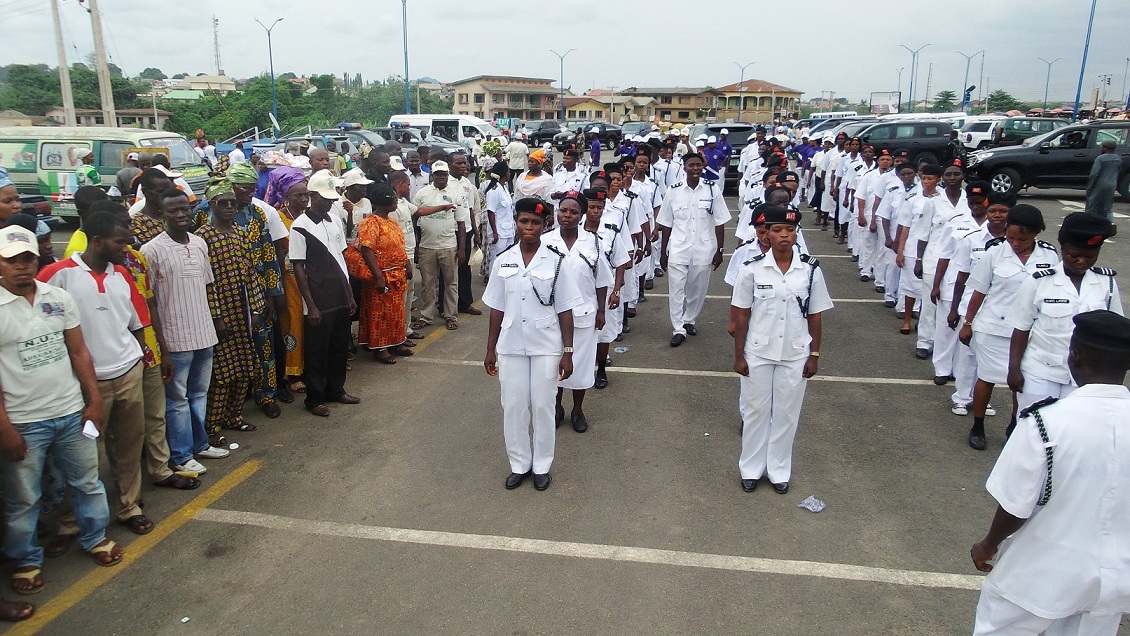 The Nelson Mandela Freedom Park Tuesday went agog as the Osun governor, Rauf Aregbesola appeared in the midst of a huge crowd of tailors under the banner of Nigeria Union of Tailors, State of Osun Chapter. They gathered to express open support for his second term ambition and his investiture as the life Patron of the Nigerian Union Of Tailors, (NUT).
Tailors in the state form a critical section of the informal sector of the state economy that enjoyment massive patronage and empowerment through the various initiatives such as provision of uniforms for members of the Osun Youths Empowerment Scheme (OYES).
The provision of school uniforms for about 750,000 pupils of public schools in Osun has also culminated in the birth of a modern garment factor, the Omoluabi Garment Factor, Osogbo which has employed about 3,000 tailors in the state.
According to him, ” I thank God that our people recognised the bold steps we are taking as a government, it is beyond human wisdom, I always laugh at them, whenever they say their seven and a half years in office was a mistake, and that they want to correct it now, it is not by mistake, it is in their character.
“Should they be in power even for just 5 months, there will be crises, corruption and insecurity. That was our experience during their seven and half years in the State of Osun.
“In our three and a half years, there is no community or family that has not benefited from our programmes, that is the difference. Our government is the government of the people. Our priority is to make life more abundant for the people with God on our side,” The governor stressed.
He urged the union not to stop at the endorsement but continue to sensitize people and protect their voters cards so as to be able to vote in the August 9 governorship election.
Earlier in his address, the State Secretary of NUT, Alhaji Adejumo Olaiya said Governor Aregbesola has created wealth for the professional tailors through OYES uniform in less than 100 days office.
He said apart from endorsing the governor for the second term, the union will also volunteer to be part of the campaign team to work for the electoral victory of the governor.
The NUT boss added that members of the union converged on Freedom Park to appreciate the excellent performance of the governor most especially his gesture towards the artisans in the state.
In his words, “When the governor reclaimed his mandate, he called on us and promised to give us the uniform contract, only 12 local government were participating in NUT then, but when the promise of the sewing of the OYES uniform was coming to reality, all the local government of the state had to join the NUT so that they can benefit.
“The opportunity given the union has assisted the union to have a permanent Tailors Hall named Ola Aregbesola Tailor’s hall, it has also affected the lives of our members positively, those whose workshop had folded up, came back to life through the uniform contract”. Alhaji Olaiya told the gathering.
In what was applauded by the tailors’ groups as a demonstration of humility by the Governor, Aregbesola advised them to possibly change the name of the Hall to Ola Olohun Tailors’ Hall.
In asking them to change the name to reflect that all favours emanate from God, Aregbesola reminded them that he does not indulge in self-glorification saying such self-aggrandizements make monsters of people in high places and prevent them from their obligations to the people.