The seal order placed on Oduduwa University, Ipetumodu, Ife, over non-remittance of N173 million income taxes by officials of Osun State Internal Revenue Service has been lifted.
Oduduwa University, Ipetumodu is a private tertiary institution located in Ife North area of the state.
It will be recalled that leader of the government team to the university and Senior Special Assistant to the Governor on Revenue, Femi Balogun, said in a statement that “the tax liabilities covered back duty liability from 2006-2011 and the enforcement is the last stage of any tax process which is in line with Section 104 sub section (1) and (2) of personnel income tax act as amended.
“Tax payment is a law and a civic responsibility of all sundries; it is through this effort that government provides massive infrastructural development, security and other amenities. “The Revenue Department will stop at nothing to ensure that every individual performs his civic obligations.”
He advised the university to do the needful by paying up its tax liability to avoid further action of prosecution in a court of law.
However, a senior management staff of the institution who spoke to Daily Independent under anonymity confirmed that the seal order has been lifted following useful discussions with state officials.
Though the source did not disclose details of discussions or amount paid, academic activities have since resumed at the institution.
DAILY INDEPENDENT 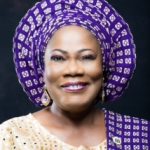