Osun To Set Up NAPTIP Base In Ejigbo To Check Migration

He said the approval of the base in Ejigbo, which is due to the history of constant migration of the people in the town and the need to checkmate the non-profitable migration of people to neighbouring countries in the name of searching for greener pastures would be paid for by the state government as part of moves.

Aregbesola, who made this disclosure while receiving a team from NAPTIP, who came to make a formal presentation of the research report on impact of constant migration of people in Ejigbo to neighbouring countries, posited that, “the main reason the present administration is working assiduously hard to provide basic needs for the people of the state, is to ensure they are comfortable and don’t have any reason to migrate out of the state in search of a better life.”
According to him, “when there is no commitment by the government to the provision of the basic needs of the people, the people will want to look elsewhere. But it is a well known fact that there is no place like home for one to succeed.”
Aregbesola further emphasised that his administration would continue to impact positively on the citizenry.
“We want our people to be comfortable and to settle down in the state so, we have decided to always assist the aged through the ‘Agba Osun’ programme. We are also providing employment opportunities for our youths to give them hope. We are feeding our elementary pupils to assist their parents in giving them quality education,” he remarked.
Presenting the report, the Executive Secretary of NAPTIP, Mrs Beatrice Jedy-Agba, stated that Ejigbo was chosen for the research because it had all the features of a border town despite not being a border town, while the people had, over the years, engaged in illegal migration.
She said the trend used to be an advantage to the people in the area but recent research had shown that over the past 20 years, it had now become a huge disadvantage to the people of the town and the state as a whole.
TRIBUNE 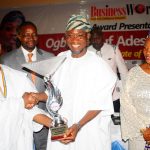 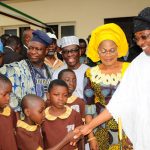