Thousands of women stormed the Nelson Mandela Freedom Park, Osogbo, Osun State Thursday last week when Governor Rauf Aregbesola launched a special empowerment scheme for women who are heads of their households. ADETUTU AUDU reports that a cheque of N375m was given out to the jubilant women.
The jubilant crowd mostly of women that converged on the Nelson Mandela Freedom Park, Osogbo, capital of Osun State Thursday last week was an appreciative one. And the women had every cause to be as they showed their appreciation through singing, dancing and prayers for the Governor of Osun State, Ogbeni Rauf Adesoji Aregbesola. Their joy and appreciation were not out of place. That day the Aregbesola administration was giving out N375 million in aid of women who head their respective households in the state.
Apart from giving the women stipend monthly, they will also be trained in vocations common to their area after which at the end of the 12th month, they will each be given a seed money to start small scale business.
The only condition attached to the beneficiary households was that they should make use of government infrastructure – meaning pregnant women in such households should make use of government health facilities while their children attend government schools.
Also, at the event, new ultra-modern hand-held ultrasound diagnostic scanners (touch screen) and mirror-3d (colour) Doppler ultrasound diagnostic scanners were launched.
Speaking at the event, Governor Aregbesola restated the commitment of his administration to making life better for the generality of the people of the state. “With all sense of modesty, I want to say that there is no household in Osun State that our administration has not touched positively,” he said.
According the governor, the programme being launched was the pilot programme assuring that it will spread to other local government areas in the state.
“You have not seen anything yet. We want to ensure that poverty is reduced to the barest minimum in this state. That is why our programme is anchored on the development of our people,” he assured.
Speaking on the scanners, the governor stated that they were procured to ensure reduction in maternal mortality and reduce incidence of stroke among the populace.
“The first scanner will scan pregnant women and detect the position of the unborn baby for any necessary medical action if there is need, while the second scanner detects early stroke symptoms in people for early medication,” Aregbesola explained.
The governor was emphatic on the fact that: “pregnant women and others that will make use of these facilities will not pay any money – it is free”.
The programme climaxed with the handing over of a  N375 million cheque to the heads of the benefitting households and the commissioning of the ultra-modern, ultrasound scanners.
The Senior Special Assistant to Governor Aregbesola on Millennium Development Goals (MDGs), Honourable Abdullah Adeyanju Binuyo, under whose office the Conditional Cash Transfer (CCT) programme was executed, described it as a win, win situation for the people.
“From whichever way you look at it, the people are the winners. They are not only the direct beneficiaries but also all the positive multiplier effects of the programme come back as plus for the people,” the SSA said.
He explained further: “we give out N5,000 monthly to the head of each benefitting household who is a woman. That is the cash aspect. Residents of the benefitting households must make use of government facilities that is the condition. The transfer aspect is that the money given out will be spent in the state; that is ploughing back the money into the state economy thereby contributing to its development. At the end of the 12th month, each head of the benefitting household will get N100,000 to start a small scale businesses of their own. Remember that the pregnant women are treated free at government hospitals while the children enjoy not only free education but they also get free school uniform and are fed free. So the people are the ultimate winners of this programme”.
Explaining further, the state Commissioner for Women and Children Affairs, Mrs. Mofolake Adegboyega, stated that the benefitting households were not picked at random. “They were selected through a thorough research by the consultant we employed to do so and the woman is a Professor from the Obafemi Awolowo University (OAU), Ile Ife. It took her six months of crisscrossing the nooks and crannies of this state to arrive at the list of beneficiaries,” she explained.
According to her, the pilot scheme involved five local government areas in the state with 100 from each local government. A total of 2,250 households will benefit from this programme,” she said.
NATION 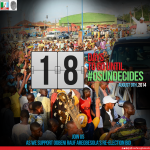 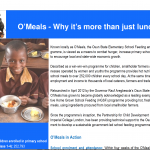