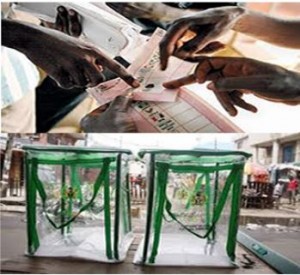 The Resident Electoral Commissioner, REC, for Osun State, Dr. Adekunle Ogunmola has charged religious leaders to actively pursue the success of the forthcoming general elections by preaching to their congregations to shun violence before, during and after the polls.
The Osun State REC made the call weekend in Osogbo during an advocacy parley with religious leaders in the state in preparation for the coming elections.
The parley was part of sensitization meetings scheduled with stakeholders held at Olu-Osungbohun Hall of Nigeria Union of Journalists (NUJ), Osogbo,
Ogunmola said that the parley was organized to address all the irregularities in the 2011, and to conduct a credible election.
The INEC boss who recalled the success of the commission in the August 9, 2014 governorship election in the state, promised that “we are ready to conduct elections that will be better than the past and be acceptable to the people.”
He asked the people of the state to go and collect their Permanent Voters’ Card, PVCs, saying; “We have extended the distribution time to 5.30pm and Saturdays included.”
He added that; “We observed that politicians do listen to you Pastors and Imams during service that is why we are appealing to you to help us crusade for peace in your mosques and churches.”
He also warned that religious places should not be used to campaign for candidate, advising that youths should be warned to shun violence.
Responding, the President, League of Imams and Alfas in Osun State, Alhaji Musa Animasahun, commended the commission for the programme stressing that Muslims leaders have been praying and warning their followers in the mosques.
Also, Osun State President of Christian Association of Nigeria, CAN, Reverend Elisah Ogundiya, urged politicians to desist from provocative utterances, promising that Christians would do all it could, to support the INEC and ensure that the elections succeed.
Meantime, the All Progressives Congress, APC in Osun State has appealed to the Independent National Electoral Commission, INEC to ensure that all polling units in the country have card readers planned to screen all voters during the elections.
VANGUARD 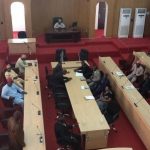 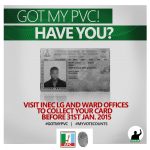