We Will Continue to Empower Farmers for Better Productivity: Aregbesola 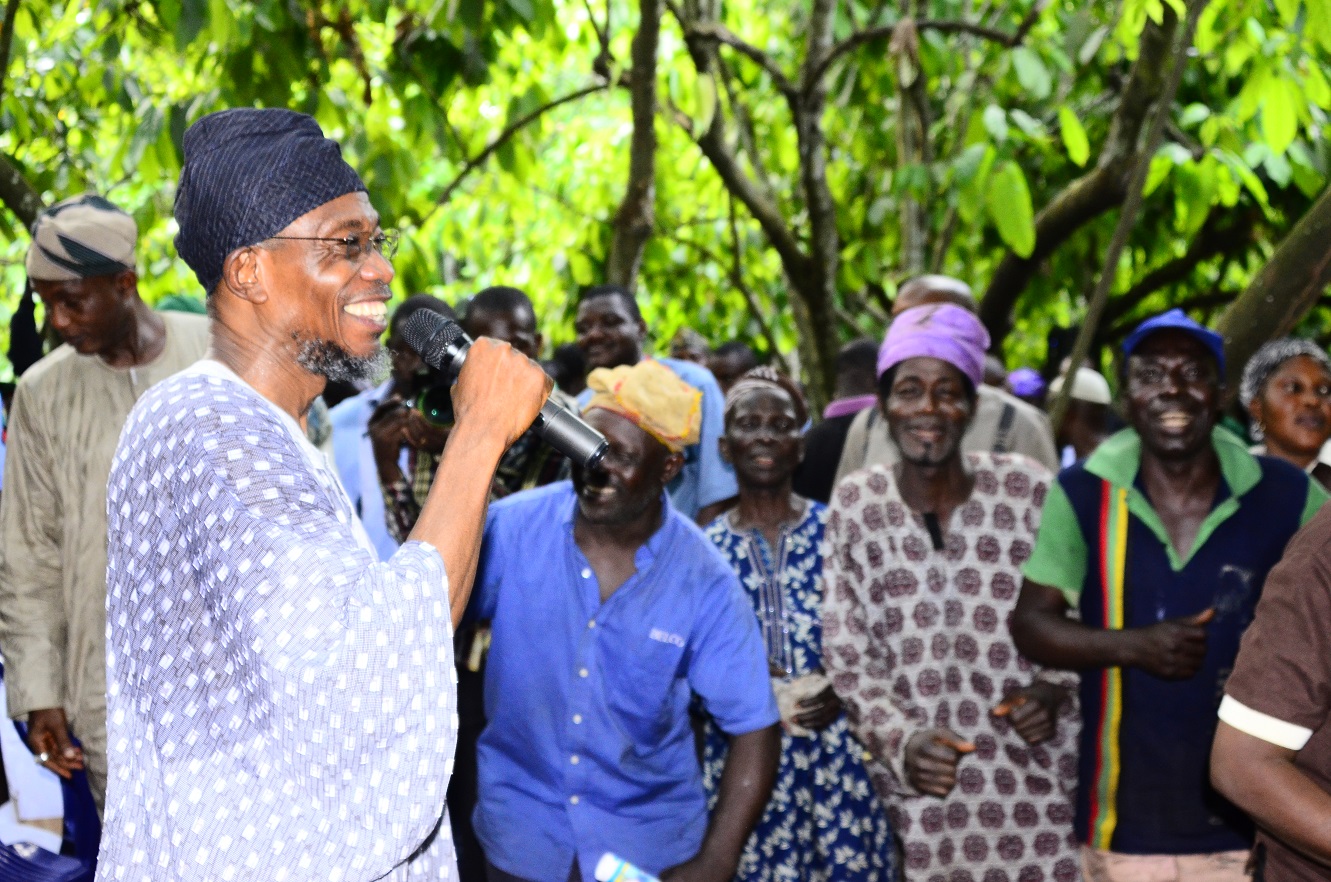 The Governor of Osun, Ogbeni Rauf Aregbesola has insisted that his administration would spare no effort in making agricultural sector the bedrock of economic sustainability in the state.

Aregbesola also restated his administration readiness to continuously turn around the fortunes of farmers  in the state for better productivity.
Governor Aregbesola gave the assurance while addressing the members of the State Farmers Association, during a meeting at Oke-Osin, Atakumosa West Local Government area of the state.
Governor Aregbesola who described agriculture as the only sustainable alternative to current economic reality, said his government would do all it could to empower the farmers for an increased productivity.
The Governor who decried  the way and manner in which the nation’s resources had been grossly mismanaged in the past said, the time has come to invest tremendously in agriculture so as to cushion the effects of the present economic situation.
Aregbesola contented that the era of perceiving crude oil as a sustainable economic resources in the country has gradually faded away, hence called for the need to genuinely diversify the economy for better productivity and an enhanced general well being.
Governor Aregbesola further explained that his government since assumption of office has been investing significantly on agriculture having considered it as the everlasting sector for economic sustainability.
He said as part of his six Integral Action Plans for the good people of the state, his government had successfully identified agriculture sector as the only surviving tool for socioeconomic and political integration.
Governor Aregbesola attributed some of the successes recorded in agriculture sector to what he regarded as prompt empowerment and motivation of farmers in the state, stressing that on no account has his administration fail to prioritize the sector in its annual economic planning and appropriation.
Aregbesola said as part of his administration’s commitment to revamp  agriculture, the current government had resolved in moving round the rural areas where it was believed farmers were predominated in order to appropriately articulate the general needs of farmers and enhance greater productivity.
He revealed that the appropriate steps taken by his administration in resuscitating the dearth state of agriculture sector in the state, thus brought about the landmark achievements recorded so far.
Aregbesola who expressed dissatisfaction over the current state of the nation’s economy predicted that unless government at all levels appropriately diversify the economy into agriculture, mining, solid minerals, science and technology among others, the economic survival of the nation was at stake.
He added, “our government having being informed on the need to diversify economic decided to bring the farmers to the limelight of economic sustainability”.
“We have brought dividends of democracy to the grassroots and as a matter of fact today, we have recorded greater benefits on these genuine initiatives”.
“As part of our mission to support subsistence farmers to commercial farmers, we have so far granted loan facilities to our farmers and also disbursed the needed facilities and chemicals across the state’s farmers”.
“To this end, we are projecting further in our resolves to facilitate more benefits and support,  to facilitate more participation in farming”.
Governor Aregbesola therefore encouraged all to develop interest in farming so as to reduce the unemployment rate and as well increase the agricultural productivity in the state.
Earlier, Chairman, Farmers Field School, Mr. Timothy Akingbade commended Governor Aregbesola for keeping the promises made to the people of the state, saying the impacts of the present administration have been greatly felt over the years.
Mr. Akingbade implored the state government not to relent in its efforts at repositioning agriculture sector, just as he assured ultimate support of farmers.
While giving analysis of the loan facilities provided for the farmers in the state, a representative of the Quick Impact Intervention Programme for Farmers, Mr. Eluyemi Arowolo, disclosed that almost N1billion has been given out as loan to farmers across the state.
Mr. Arowolo who confirmed the statement in the report issued out by the organization on the loan facilities being provided by the Bank of Agriculture, said the organization was determined to assist any farmer who is confident of what he does.
He therefore urged those who have benefited from the loans to as a matter of necessity refund it within the agreed period so as to open advantage for others.
In his remarks, the Olosin of Osin, Chief Lawrence Apata lauded Governor Aregbesola for prioritizing farmers’ welfare in all his policies and programmes.
Chief Apata who described Governor Aregbesola as a lover of farmers, said in the history of the state, no government has ever paid adequate attention to farmers as being done by the present administration.
He called on the state government to continuously supporting farmers and provide the needful needs so as to enhance the better participation in farming and as well boost the agricultural sector.
Chief Apata who identified social amenities as the major challenge of rural dwellers, thereby implored Governor Aregbesola to fast track the provision of modern facilities especially mobile networks, motorable roads, portable water, electricity among others. 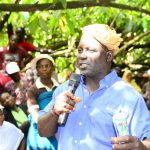