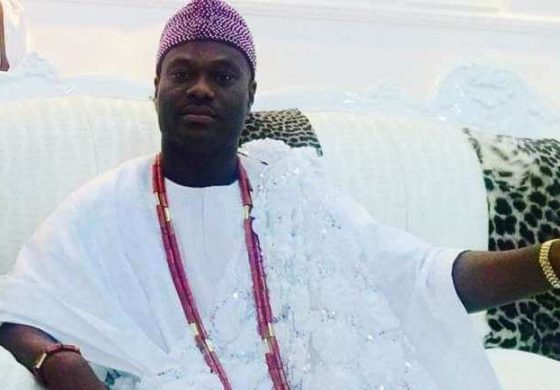 The Ooni of Ife, His Imperial Majesty Ooni Adeyeye Ogunwusi, Ojaja II has warned against alleged politicization of the tribal clash between Yoruba and Hausa indigenes in the ancient city.

He spoke during a condolence visit by leaders of Pan-Yoruba group, Afenifere, to him and victims of the crisis in the palace on Wednesday.

During the visit, the Yoruba leaders met with Yoruba and Hausa leaders and also distributed relief materials to victims. The Ooni appealed to the Yorubas to understand that violent reactions will worsen the crisis.

He explained that persevering and admitting any alleged wrongdoing against Yorubas doesn’t translate to being weak.

He also urged youths in the ancient city to use their strength for productive activities rather than violence. He said, “The unity of this nation is very important and we must all defend it.

We must all ensure peaceful co-existence. Painfully, the misfortune has happened but we just have to allow peace to reign. We cannot settle violence with violence. We all should persevere and realise that people of different tribes live in other parts of the country. It is patience that we need to get this case resolved.

“I have communicated with necessary authorities in the police force over the matter. There is a unique co-existence among people of different tribes and religions here and we must maintain that model.

“We only know the beginning of a war, nobody knows the end. I plead with Afenifere and other groups to let peace reign so that the crisis will not degenerate.”

We should remember that most of these politicians don’t come to Sabo to render assistance until the misfortune that happened.” Speaking earlier, one of the leaders of the group, Pa Ayo Adebanjo, accused the police of being biased. He explained that it was wrong to arrest majority of Ile-Ife indigenes.
He said, “We are not happy with the crisis. The reason for the clash is still surprising because for over forty years that Yoruba and Hausa have been co-habiting, there have not been any record of violence between the two tribes.
“Even during Ife/Modakeke crisis, nobody attacked the Hausas in Ife. The Police are to be blamed for this crisis.

They caused the crisis. They arrested only Yoruba people after the crisis. It points to the fact that the arrest was pre-planned. The Police appear to be against the Yoruba and the Inspector General of Police has said he doesn’t have any apology.

“What Afenifere is saying again is that the arrest is one-sided. Some of the people that died in the clash are Yoruba and their houses torched. Nonetheless, we are here to sympathise with both the Yoruba and Hausa residents of Ife.”


Among the delegation to Ooni’s palace are the former secretary to the federal government Chief Olu Falae, Spokesperson of the organization, Yinka Odumakin and foremost Ife son, Chief Iyiola Omisore among other notable members of Afenifere. 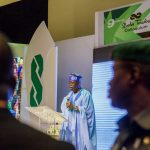