Public secondary school pupils in Osun State have lauded the Volunteer Corps Tutoring programme, a private intervention to help less privileged pupils improve through extra lessons.
The programme aims at preparing SS3 pupils adequately for public examinations such as the Senior School Certificate Examination (SSCE) conducted by the West African Examinations Council (WAEC) and the National Examination Council (NECO), as well as the Unified Tertiary Matriculation Examination (UTME) conducted by the JAMB.
The programme which features intensive weekend (Friday-Sunday) coaching began in Osun on December 10, last year, though it has existed in Lagos for 25 years.
The pupils and volunteer teachers are fed meals during the classes to avoid distraction due to hunger and tiredness on the Saturdays.
The pupils are being taught Mathematics and English and were given work books on both subjects that contain past questions as well as notebooks.

Teachers got a manual; marking scheme of WAEC standard.
State coordinator of the programme, Mrs Ibiyemi Ifaturoti, said there are scholarships available for those who excel in the examination.
She visited some centres where the classes hold in various schools in the Ife/Ilesa zone recently, where pupils and teachers made positive comments about the scheme.
Ozomue Mathew of School of Science, Ondo Road, described the intervention “as a nice project helping us. It will really be effective in eradicating mass failure in schools; we thank the organisers.”
Abosede Fadare of St. Margaret’s High School, Ilesa, has her eyes on the scholarship.
“(I will) try to be among the best so I can be one of those who will get the scholarship,” she said.
Maths teacher, Mr Segun Lawrence Omisakin, said the programme was yielding fruits.

“The project is fine and the students are responding well. I have no qualms teaching for free on the weekends I am supposed to be resting but it is God that rewards.  No amount of money can ever be enough,” he said.
Mrs Abimbola Awofisayo, also a Maths teacher at the School of Science, Ondo Road, advised the organisers to start earlier with the next set.
“It is a really nice programme but the time for preparation is short. I’ll advise the organisers to let’s start from maybe SS2 so we can catch them young. I have done a lot of volunteering in the past and my joy will be to meet the students in future when they have become successful,” she said.
Hamza Musa, a youth corps member serving at C&S Middle School, Ilesa, but who teaches maths on weekends at St. Margaret’s High School, Ilesa, said participating in the programme was fulfilling.
“I am usually free at weekends and decided to engage myself by coming here to teach. I’m enjoying imparting knowledge to the younger students and I’m happy they are responding well,” he said.
Disclosing the reason for the intervention, Mrs Ifaturoti, said the poor performance of public schools pupils in the last WASSCE was just one of the motives for the initiative.
“It is one of the motivations but it is really high time that we started impacting the lives of children in other places apart from Lagos. Let’s just say the time was just ripe” she said.
The coordinator, who disclosed that convincing the teachers to work free on weekends,  was not easy  however acknowledged the roles played by the three zonal coordinators, Alhaji ‘Lekan Salami, Deaconess Adeola Akanji and Pastor Ayodele Obadire  in getting the programme started.
She also thanked the Osun State governor, Ogbeni Rauf Aregbesola for approving the initiative. 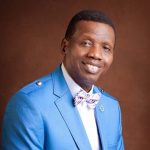