Gov. Rauf Aregbesola on Thursday said his administration had placed orders for armoured tanks to fight crime in the State.
The governor disclosed this at “Gbangba Dekun’’ forum with the people of Ede, Ede South Local Government Area of the state.
According to him, the State Government is doing everything possible to ensure adequate security and protection of lives and property in all parts of the state.
‘I have placed orders for armoured tanks from China to be stationed in Ejigbo, Ode-Omu, Ede and Iwo among other towns”, stressing that armed robbers would have no option but to flee the state.
Aregbesola said the armoured tanks “are so sophisticated that people inside it can easily view everything outside but nobody can see the operators from outside.”
The governor disclosed that a development plan was underway to turn around the infrastructure in some major towns including Osogbo, Ilesa, Iwo, Ede and Ejigbo.
He said such towns would receive maximum attention from the state government such that all the facilities befitting city centres would be put in place to boost development.
The governor, however, hinged the success of the plan on the improvement in Internally Generated Revenue (IGR).
Aregbesola, who was a former Commissioner for Works in Lagos State, said increased IGR was the secret of development in that state.
(NAN) 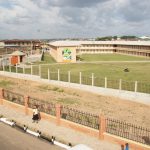 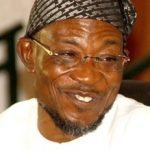