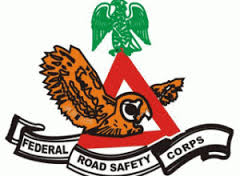 The newly posted Federal Road Safety Commission (FRSC) Sector Commandant to the State, Mr. A. Hussein has paid the Internal Revenue Service a courtesy visit stressing the need to strengthen the already existing symbiotic relationship between FRSC and IRS.
While speaking at the meeting, the acting Chairman/CEO of Internal Revenue Service, Mr. Dayo Oyebanji appreciated the mutual understanding that has been existing between the two agencies in the aspect of discharging their statutory duties.
He then promised to render all the assistance at his disposal to make the FRSC fulfill their statutory duties, especially in the area of enforcing compliance to payment of road taxes and levies which is required for the growth of the State’s IGR.
In his response, the new FRSC sector Commandant, Mr. A. Hussein assured the Internal Revenue Service under the leadership of Mr. Dayo Oyebanji, of his readiness to combat fake number plates as well as fake drivers’ license that have been become rampant in most of the Sates in Nigeria.
He then said that, the deadline for the new plate number which has been slated for 30th of June, 2014 still remain intact and thereby solicited the support of Osun IRS in realizing this dream.  He, however, reminded those that are yet to comply with the new plate number directive to quickly do so before the lapse of the duration.
OSUNNEWS 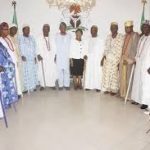 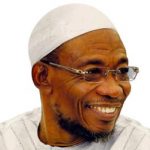