The Osun Government on Wednesday said it had employed 19 magistrates and plans to construct two new prisons as part of efforts to enhance access to justice.
Mr Wale Afolabi, the Attorney-General and Commissioner for Justice, said this in an interview with the News Agency of Nigeria (NAN) in Osogbo.
He said the lock-up prisons would be built in Osogbo and Iwo Local Governments to decongest the two main prisons in Ilesa and Ile-Ife built over 30 years ago.
By the time these prisons are built, they will decongest the main prisons, make transportation of suspects to the court more faster and easier and also improve on our criminal justice system.
This present administration inherited 18 magistrates but we discovered this was not enough and government employed additional 19 magistrates, making them 37. “This is to ensure speedy dispensation of justice in the state,” he said.
The attorney general also said that 17 lawyers were recruited as public prosecutors for efficient prosecution of criminal cases. Afolabi said the state House of Assembly is currently reviewing existing laws in the state to ensure that they conform to the present realities.
On alternative dispute resolution, the attorney general said the government had revived the Public Defender and Citizens Rights Department, and mediation centers, to assist indigent people to get access to justice. We discovered that many people are very poor in the state to employ the services of a lawyer to handle their cases.
And as a result of this, when the present administration came into power, the department of public defender and citizen rights in the Ministry of Justice was revived to help the citizens. “Lawyers in these centres are government employees and they render their services free of charge to the citizens.”
DAILY INDEPENDENT 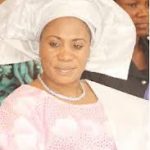 Women In Osun To Protest Against Girls Abduction In Borno State TodayMay 8, 2014
Group Organises Debate On leadership For Osun SchoolsMay 8, 2014 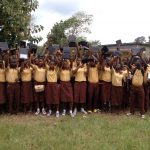