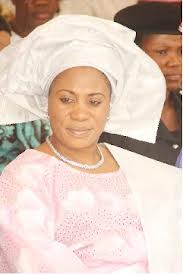 Women in the State of Osun will today, 8th May, 2014 stage a protest march /rally against the abduction of Secondary School girls in Chibok, Borno State by the Boko Haram sect.
The protest march/rally which will be led by the first lady Mrs. Serifat Aregbesola will take off at the House of Assembly Junction, Gbongan Road, Osogbo by 9:00am.
This was contained in a statement issued in Osogbo today by the Commissioner, Ministry of Women and Children Affairs, Mrs. Mofolake Adetoun Adegboyega.
She enjoined all women to arrive at the take-off point on time for the march. It will be recalled that over 200 school girls of Government Secondary School, Chibok, Borno State were abducted about three weeks ago and this has sparked spates of protests among many voluntary and non-governmental organizations throughout the country.
OSUN NEWS
192 Views
11