Osun Threatens To Shut Down MTN Over N399m Debt 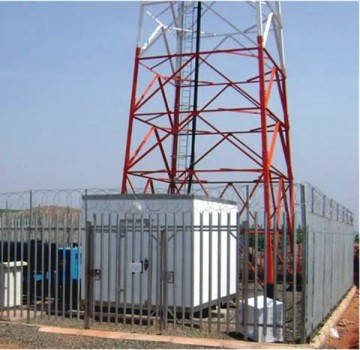 The Osun State Government said it would be forced to confiscate the base stations of MTN Nigeria, mobile telecommunications’ operator, following its refusal to pay the right of way permit fees due to the state government to the tune of N399.4 million
The base stations had on April 7 been seized by the officials of the state Internal Revenue Service (IRS), but was later released two days after following the intervention of Mr. Emmanuel Seton, one of the top management of the telecommunications outfit.
Mr. Dayo Oyebanji, acting chairman and CEO  of the state IRS, in a standing order statement released in Osogbo, said the state government would be forced to shut the services of the company in the state following the failure of the organisation to pay the outstanding right of way permit fees.
The revenue service lamented that the organisation had reneged on its promises to pay the permit fees on or before  April 8.
The revenue boss who drew the attention of the management of MTN to the assessment bill with reference number HW01/MT/09/66 dated February 19, 2014, and the notice from IRS dated  March 26, in respect of the outstanding payment of right of way permit on the optic fibre operation in the state.
The letter read: “Please be informed that the issue of non-payment constituted one of the reasons why we distrained five of your mast base stations in our state on  April 7, which were released on April 9,  based on the mutual understanding with Mr. Samuel Seton during our meeting on April 8 that the payment should be effected on or before April 15.
“We therefore wish to express our disappointment on the failure of your organisation to fulfill your civic responsibility in respect of this payment despite several demand notices.
“In this regard, we are therefore left with no other option than to confiscate your base stations in our state provided we do not receive payment on or before the close of business on April 25 to the coffer of the state government.” 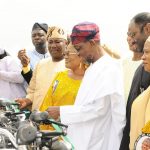