We Want To Make Osun Economy The Largest In Nigeria – Aregbesola 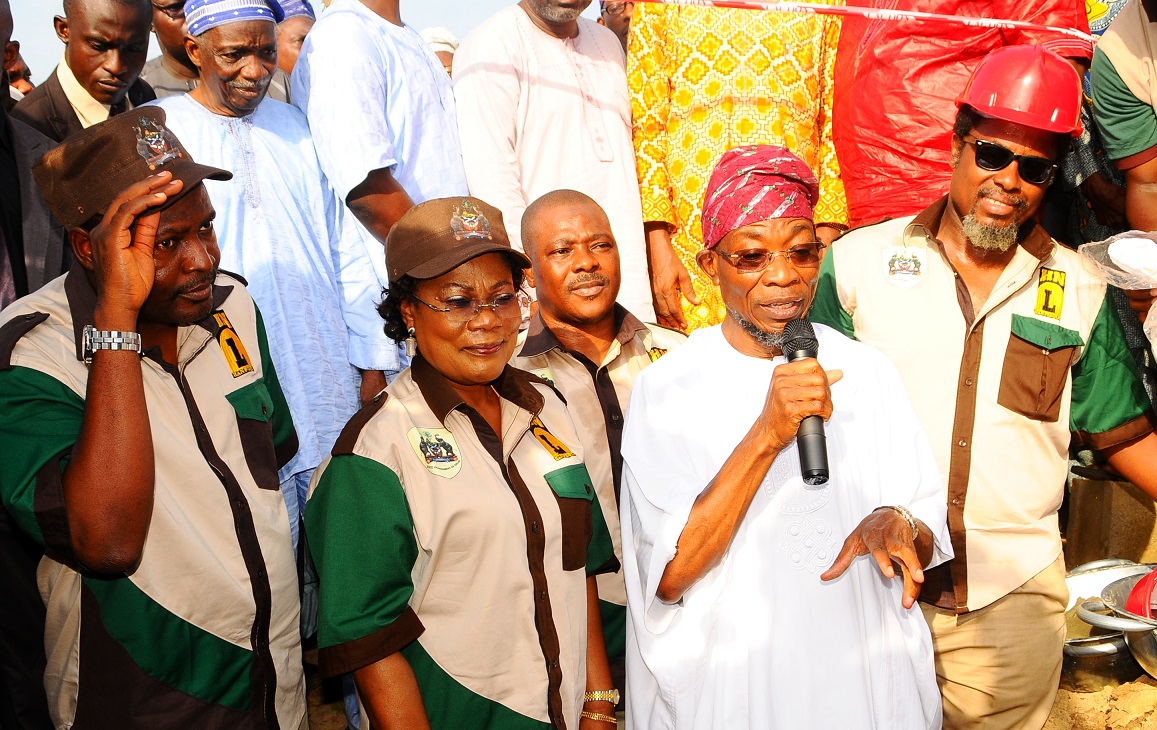 The Governor of the State of Osun, Ogbeni Rauf Aregbesola has stated that his vision is to banish poverty hunger and unemployment through economic and social transformation.
He said it is not the destiny of the people of the state to remain in poverty pledging that his administration will continue to improve infrastructure, security and create enabling environment for investment.The Governor gave the assurance while delivering a keynote address during an Economic Summit on Tagged “ORISUN AJE with the theme “Crux of Economic Development Master plan Analysing Radical Economic Paradigm Shift” powered by Peoples Welfare League (PWL) a social political organisation.
Aregbesola said his administration is conscious of the impacts of infrastructure in economy development which has been a pointer for location of any physical project.According to the governor, over three hundred kilometre of roads were constructed strategically based on their economic importance with higher concentration on rural areas to increase food production.
The governor said the Airport, International markets, abattoirs being constructed is to create wealth and make the state economically independent.He said the state have signed an agreement with Nigeria Air force to maintain their aircraft in the state, stressing that there no single air craft hanger in the whole Sub Sahara Africa.He added that the Osun airport will have one helicopter and another one for air craft.
The Governor who maintained that the state is not borrowing to over burden the state stated that no nation can develop without infrastructure which is why the present administration in the state has prioritized the infrastructural development and improve of social amenities that will make life better for the people.The governor added that through ingenuity and consciousness of the state financial limitation, they have borrowed with highest sense of responsibility with the cheapest interest rate and longest period of repayment
While welcoming the participants from within and outside the state to the economic, Ogbeni Aregbesola expressed the hope that their participation in the summit will enrich it and make it memorable in the actualisation of its desired objectives.He added that such summits are convened in order to cross-fertilise useful ideas on how to improve and sustain the advantageous feats already attained.
Professor Mojeed Alabi said the struggle for power is a struggle for economic control and urged the people to ensure the re-election of Governor Aregbesola in to sustain the current economic development.Coordinator Peoples Welfare League Comrade Abiodun Agboola said the summit is among other aimed to provide an organised platform for the stakeholders in the economic to brainstorm on how to make the state viable economically.
He said no economy can grow without taking cognisance of the components units in which Osun is one saying… When the NBS rated Osun as a best govern state and seventh largest economy in the country, we feel we should lay our hands on the reality checks by bringing all stakeholders in the economy sector together and asses the true situation.He added that the workshop evaluate other investment indices that guarantees stakeholder interest and the political will on the side of government.
BLOGSPOT
195 Views
7

STATE OF OSUN: Public Service Announcement On The Ongoing Payment Of Pension Arrears In The StateMay 1, 2014
Osun Residents To Get Biometric Cards SoonMay 1, 2014