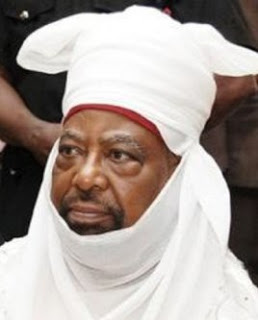 Governor of the State of Osun, Ogbeni Rauf Aregbesola, has described the death of Emir of Kano, Alhaji Ado Bayero, as a huge loss to Nigeria.

In a statement by the Director, Bureau of Communications and Strategy, Office of the Governor, Mr. Semiu Okanlawon, Aregbesola said the news of the demise of one the most prominent traditional rulers in the country was shocking and sad.

The governor said the nation lost the influential Emir at its critical socio-political challenges.

He said that Ado Bayero’s death will leave a huge gap in the political, social, security and religious affairs of the nation.

The statement read in part: “Indeed the death of Alhaji Ado Bayero is very sad. We have lost a father-figure; we have lost a great leader; we have indeed lost a bridge builder and a great man whose image stood tall not only in Kano State and the North but also the country as whole.

“The wisdom, experience and vast influence of the Emir will be missed as the nation searches for permanent solutions to insecurity, religious and socio-political upheavals it currently battles with.

“Ado Bayero will be remembered as one of the strongest and influential emirs in the history of the country.

“During his life, he demonstrated an uncommon will and love for peace and religious harmony among ethnic groups and religious organisations in his domain.

“Besides, the later Emir had always constantly identified with traditional rulers from other parts of the country to ensure that there is peace and religious tolerance among ethnic nationalities in the country wherever they may be residing.

” I have no doubt that we are going to miss this eminent leader greatly. On behalf of myself, the state and entire people of Osun, we  extend our heart-felt condolences to the family- immediate and extended- of the late Emir and, especially his intimate friend, His Royal Majesty, Oba Okunade Sijuwade, the Ooni of Ife, Kano State Government and the entire people of the ancient commercial city. 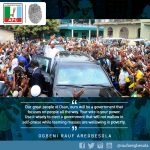