Aregbesola Assures On Modernisation Of Schools 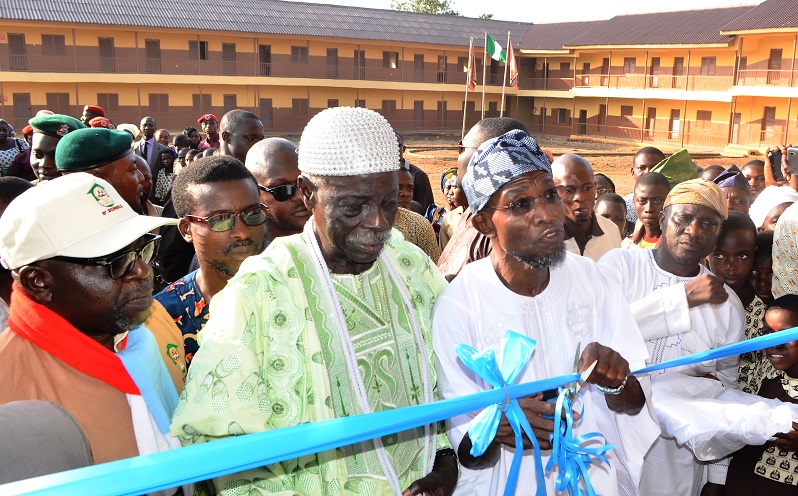 Osun State Governor, Rauf Aregbesola, has said that era of unfit and dilapidated learning structures and schools had gone forever in the state.
He assured the people of the state that by the end of his second term in office, no school will be left with any dilapidated classroom.
Aregbesola said with the spate at which his government has been building new schools, the era of unfit learning environment would be history completely.
He spoke at the official commissioning of three elementary schools in Ikirun, Iragbiji and Ila-Orangun with fun fare.
Students in school uniforms, guardians and parents trooped out to witness the unprecedented commissioning of the new schools with state-of -the -art facilities.
The schools are Holy Trinity Middle School, Ikirun; NUD Middle School, Iragbiji and St Julius Middle School, Ila-Orangun, all in the Osun Central Senatorial District.
Built in this same structural pattern, the middle schools, with a capacity to accommodate 1,000 pupils, have 25 classrooms, one large exam hall. 16 toilets, one audio visual room, ICT room, recreation facilities among others.
Governor Aregbesola said with commissioning of the schools, government has raised the stake by putting education on a high pedestal.
The governor disclosed that government is targeting provision of conducive classrooms for over 100, 000 pupils before the end of the year.
He noted also that by the time all the new school building are completed no pupil or student in Osun will learn in a dilapidated and haphazard classroom again.
DAILY INDEPENDENT 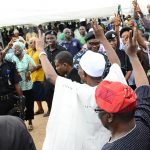