Aregbesola Has Served Us Well —Monarchs

Two prominent traditional rulers in Osun state, the Onirun of Oke-Irun  Oba Isaac Adetunlurese and Oluresi of Iresi, Oba Sikiru Adeseun have described Governor Aregbesola as an excellent performer who should be supported for another term of office.

Specifically, Onirun said the governor has not only done credibly well, but has also been fair to all sections of the state, even in policy implementation.

According to him, Aregbesola has judiciously utilised the state resources to provide equitable infrastructure to the people as envisioned by the founding fathers, adding that his administration is the first to initiate developmental projects that launched the state to lime light. 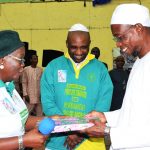 PHOTO NEWS: Aregbesola At Maiden Revival Of INRI Evangelical ChurchJuly 7, 2014
Aregbesola Has Almost Completed The Only Airport In Nigeria, With Aircraft Repair FacilitiesJuly 7, 2014 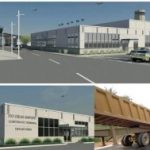