Osun: The CAN-didate You Know 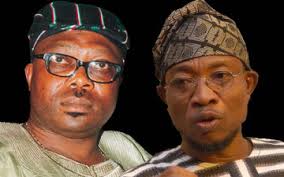 It’s E –Day in Osun State on Saturday. In just 48-hours, all the huffing and puffing; all the stomping about the state in the last few weeks will be over. Hopefully the people of Osun, the Omoluabis, would have made their choice and the initial winners and losers will emerge. The electoral battle between incumbent Governor Rauf Aregbesola and Senator Iyiola Omisore promises to be one of the most keenly contested in Nigeria’s recent history.
Were it in those days when the world wrote on scrolls and in long hand, Hardball would wager that a whole library of scrolls would have been filled with verbiage on the Osun election. In other words, there is hardly anything left to be said in this epic battle. All the boastings have been boasted, all the posturing have been postured; all that is left is for all parties to keep awake and ensure that the voting and collating processes are truly free, fair and without any glitch.
It may well signpost one of the most significant battles between the ruling Peoples Democratic Party (PDP) behemoth and the opposition All Progressives Congress (APC). Whichever party wins this will gain an important edge over the other. If PDP’s Omisore wins, it would amount to a most momentous victory for his party and may have set up a groundswell for the re-capture of the Southwest by the PDP, considering that Ondo and recently, Ekiti had been lost by APC. It is indeed a must win for Ogbeni and his party if only to stem the recent losses and imbue reassurance.
Ogbeni had put up a modest performance in the past three and a half years, surpassing the record of most of his predecessors. He is a man of the people, a man who cares passionately about the welfare of the people. He is the direct antithesis of Omisore, who could be appropriately qualified as a member of the conservative old order. He was a deputy governor and then he has been a senator since 2003. That is about all for his achievements and claim to leadership unless you want to recount the unfortunate incidence of the gruesome killing of Chief Bola Ige of which Omisore was seriously linked, though a court discharged and acquitted him.
Great leaders and politicians would naturally seize the grand pedestal of the Senate to define themselves and their raison d’etre.  But it is sad to admit that Omisore’s time in the upper chamber remains an insignificant blip in the annals of his people. A man who could not manage to be a great senator, how can he deign to seek to make a good governor? Most notably, one would have thought he would run an intellectualised campaign, carefully articulating his ideas; sadly, it has been a puerile outing, with the electorate not knowing neither what Omisore stands for, nor what he seeks to offer.
Finally, it has been widely conjectured that the Osun election may be crucially decided by the votes of Christians led by members of the Christian Association of Nigeria (CAN). If that truly be the case, then one can be sure that the best candidate would be victorious because CAN is a most rational entity. 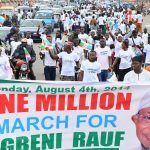 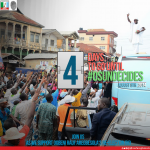