OPINION: Why Rauf Aregbesola Is The True Son Of Chief Obafemi Awolowo 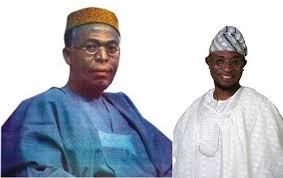 It is a truism to assert the fact that the late Sage, Chief Obafemi Awolowo of blessed memory gave us a son; Rauf Aregbesola, when he bade this world a farewell. Meanwhile, Rauf Aregbesola, as people may think, might not necessarily mean a biological son of the late sage but can be admitted as one, without any fear of contradiction, having transparently seen some exceptional attributes of Chief Obafemi Awolowo in Rauf Adesoji Aregbesola.

There is no doubting the fact that Awolowo was one of the most cerebral of the great nationalists in Africa’s colonial and post-colonial history. Many words and phrases have been used to capture his essential greatness. He has been ‘Titan’, ‘Legend’, ‘Sage’, ‘Colossus’, ‘Awo, the Great’, Mystic’, ‘Patriarch’, ‘Papa’, ‘Immortal Awo’, ‘Nigeria’s man’ of 29th Century’ and even ‘Eternal Spirit’. The man who the former British Prime Minister, Harold Wilson said during Awo’s life time that he (Awo) “could lead the United States or Britain, he came too soon for Nigeria”.

The late Chief Obafemi Awolowo has been the first outstanding individual and idealist among public figures in Nigeria and on the continent of Africa. His knowledge was deep; so was his consciousness of events. His positive direction of the mind for proffering solutions to human problems was unparalleled in the contemporary history of Africa. Among his contemporaries and compares he stood out as a leader who has been able to combine active political achievements with intellectual pursuits, as exemplified in his many articles and books, all of which are addressed to contemporary political problems of our society. As destiny had it, some of his dreams remain unfulfilled, but as a matter of fact, many of the policies he advocated have become the received policies of the day.

Of Rauf Adesoji Aregbesola, ‘The symbol’ as popularly called by his admirers, is a man who simply wishes to be addressed as ‘Ogbeni’, in the avoidance of sentiment, has in him, the sterling qualities as the late legend. He is a man of dedicating mind, humane, suave, articulate, sensational, focused, committed, high flyer and a visionary leader. Rauf is simple and down-to earth that he can mix easily and effortlessly in a crowd without attracting any attention. He is a man who is very much in tune with the yearnings of his people. Rauf Aregbesola is a true democrat, a strategist and restive activist, an effective organizer and mobiliser, a rigorous logician and neat thinker. His actions are full of reminiscences of the late Matriarch. In many ways, Rauf like Awolowo’s political enterprise can be analyzed and understood within Gramsci’s theory of practical, political action in the transformation of a society.

However, Rauf in liken to late sage comparatively and relatively is a performer; in the area of education which Obafemi Awolowo took as first of his many priorities of all his developmental precedents during his leadership of the Western Region, the first of its kinds was the free education at all levels, which Rauf Aregbesola has maintained and sustained with the inclusion of other new educational policies such as: O’meal, tablet of knowledge (Opon Imo), re-classification of schools, infrastructural development of public schools and educational policy of 9:3:4.

In the same vein, when one takes a critical assessment of Obafemi Awolowo in terms of infrastructural development such as roads, bridges, Cocoa House and other development projects that are numerous to mention, Ogbeni, in his developmental strides alike, has done much on roads rehabilitation and construction with standard drainage works across the state, as a channel for economic growth and development. As this will encourage free accessibility of state to other towns and villages, so also, will make at ease the contribution of every person to the economy.

On security, Obafemi Awolowo’s security measure on lives and properties of the citizens can be likened to Rauf Aregbesola’s efforts to curb the menace of criminalities, corruptions and other social vices in Osun. He established Robot, SAS, empowered vigilante groups, community policing etc. In the history of Osun as a federating state, she has never witnessed criminal-free environment as we experience now. All residents of the state now sleep with their two eyes closed, business thrive in such a peaceful environment which has helped the socio-economic development of Osun.

“Health is wealth” was a regular sing-song of the late Chief Obafemi Awolowo during his life time. He took no chances against ill-health of his people, as these witnessed free healthcare services during his time as Premier of Western Nigeria. However, in order to complement the efforts of the late sage, Ogbeni could be understood to be singing the same song with the late Patriarch. Besides his free healthcare services delivery, he provides Osun Ambulances across the state for quick conveyance of accident victims to hospitals for urgent attention, health programmes and all other health facilities on welfare of the people of Osun.

The late Awo had been making a clarion call before leaving this world to the great beyond over the empowerment of the youths through employment opportunities to reduce the idle minds as known to be the devil’s workshops. Ogbeni Rauf Aregbesola, the Executive Governor, in his efforts, is seeing to have been yielding to the call by instituting meaningful social and economic progress through employment of 20,000 job seekers under a programme called (O’YES) or Osun Youth Empowerment Scheme.

During Awolowo’s democratic governance as the Premier of Western Nigeria, Nigeria experienced cocoa pyramid. He provided the farmers with farm inputs at a highly-subsidized rate to boost agricultural production. These agricultural outputs had a significant contribution to Nigeria Gross Domestic Product (GDP) as at that time. This gesture has been replicated by this present government under the leadership of Ogbeni Rauf Aregbesola. Osun farmers in their various groups /associations have been severally helped and assisted by the state government through a programme called (O’REAP) otherwise known as Osun Rural Enterprises and Agriculture Programme.

With these and all other initiated far-sighted projects and programmes of relevance and significance for the citizens by the late Sage as Premier of Western Region, which have been replicated by Ogbeni Rauf Aregbesola, the Executive Governor of the State of Osun, who also in his giant step, has resuscitated the railway transportation and has under construction, the local airport, building of international markets and lots more, as his contributions to socio-economic development of the State of Osun. 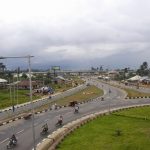