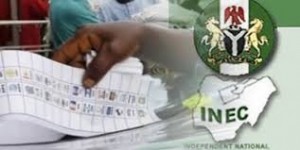 My attention is drawn to another wicked lie being circulated by the  PDP cyber rodents  which unfortunately is gaining ground particularly in the social media,claiming that a recounting exercise at the tribunal had given the PDP a win with over 100,000 votes contrary to the figures declared by the Independent National Electoral Commission (INEC) on the August 9th, Gubernatorial Election in the State of Osun.

This latest falsehood by those who are nothing but a serial liars is calculated at hoodwinking unsuspecting member of the public into believing that they have any iota of hope in the worthless petition they filed at the Election Petition Tribunal.

It is fundamental to point out at this juncture that beyond filing of petition at the registry of the Election Petition Tribunal, no proceedings has started till this moment of writing this piece. What we have had so far was an application for examination of all polling documents used in the conduct of the August 9 Governorship Election in the state to enable the petitioner maintain its petition.  This application was granted to both APC and PDP and joint inspection is taking place at the INEC Office which involves only scanning of documents.

The Tribunal has not granted an order for recounting of ballot papers because at no time did the petitioner seek for any recounting.  The stage we are at the tribunal is a preliminary stage where responses are still being filed. No hearing of any sort has commenced.  The  inspection being done by the parties is entirely their business untill the report of such inspection is filed at the court registry ,heard under the fire of cross examination of those that did the report and the testimony of the witnesses is believed by the Tribunal.

It is therefore preposterous on the part of any party to a petition to seek to arrogate to itself figures that has not been credited to it  either at  the Election itself or at the election petition tribunal.

It is also pertinent to educate the gullible mind within Osun PDP that an order for recounting will be granted to a petitioner having satisfied the court on the preponderance of evidence brought forward by witnesses called upon by the Petitioner during the hearing of the petition. It is only granted when the Tribunal is convinced that on the totality of the testimony of the witnesses, there is need for recounting of ballot papers. The recounting will be done at the Court Premises Not at INEC Office as being bandied around by the ignoramus.

It is crystal clear that as at today, there has not been any sitting of the Election Petition Tribunal,  No application for recount of ballot papers at the tribunal registry and there is no order for recounting any ballot papers. Whatever lie being cooked up by these elements resides only in their imagination and  it is nothing but fantasy.

We hereby enjoin all lovers of peace and progress within and beyond  our state to disregard this latest falsehood as a ranting of a drowning man who had nothing to hold on to but straw. 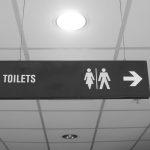 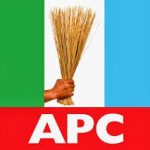