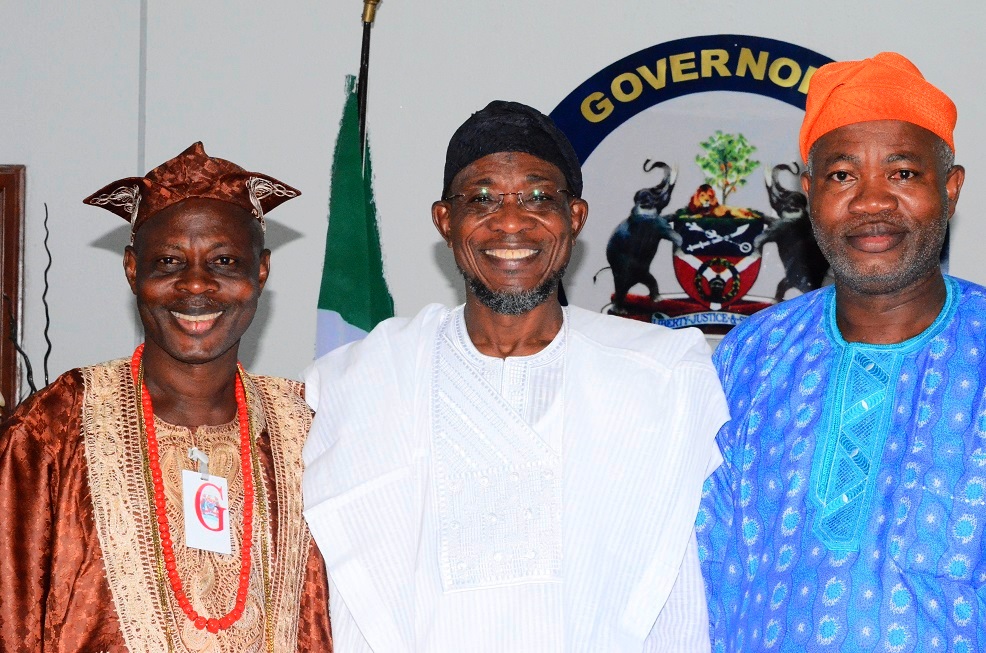 Comrade Waheed Lawal is the National Deputy Chairman (South West) of the National Conscience Party (NCP). The party was founded by the late legal icon, Chief Gani Fawehinmi. Lawal is also the Chairman of Alliance of Collaborating Political Parties in Osun State. In an interview, he spoke about the August 9, 2014 governorship election in Osun State, lauded the Independent National Electoral Commission (INEC) and the people of Osun State. Lawal restated his party’s decision not to join the All Progressives Congress (APC). Excerpts:

Your party, National Conscience Party (NCP) took part in the August 9, 2014 Osun State governorship election, and you were the party agent, but you did not go to the electoral tribunal to challenge your loss. Why?
Well, if you see that a process is free, fair and credible as well as transparent enough, there is no need to go to court to challenge the result. As the party agent of my party, we don’t need to embark on a fruitless exercise using our limited resources to pursue an ignoble cause. My party has congratulated the winner of that election, Governor Rauf Adesoji Aregbesola as we saw that the election was credible.
But the leading political opposition party, the Peoples Democratic Party (PDP) approached the electoral tribunal alleging irregularities, what do you have to say to this?
They are entitled to their opinion. At least 20 political parties and their candidates participated in the election and 12 out of the candidates and their parties have congratulated the winner. You may be doing some things to keep your followers. Another election is around the corner and there is need to prepare for it. If the party is using the electoral tribunal to keep their followers busy and longing for hope, it means that they have more resources to waste. All the political parties witnessed all the processes from the distribution of non-sensitive and sensitive materials with all the party agents carried along at every stage.
How would you rate the Independent National Electoral Commission (INEC) in view of the August 9, governorship election in Osun State?
On the August 9 governorship election, INEC performed creditably well in Osun State. From the voters list, INEC gave all the political parties the soft and hard copies of the voters register. They even gave us three different times because when NCP wrote to complain about repetition of some names in Ife area, INEC corrected it and sent back the list to us to verify before the election.
There was no violence anywhere across the state except the one orchestrated in Ile-Ife.
The security was about to mar the election. They caused panic, pandemonium as the Department of State Security Service (DSSS) personnel’s who are supposed to be undercover entered Osun masked and they started shooting sporadically into the air to cause commotion and scare the populace from coming out. However, the people of Osun State are determined and they came out en mass to vote for Aregbesola as their Governor.
What is your take on the Minister of Police Affairs? Some people have accused him of partiality in the election.
The Minister of the Federal Republic of Nigeria, Alhaji Jelili Adesiyan is supposed to be non-partisan but he showed clearly that he is partisan. He was seen following the governorship candidate of a party all over the town. The Minister of State for Defence Mr. Musuliu Obanikoro and himself were guilty of this.
As the Chairman of Alliance of Collaborating Political Parties in Osun State, what is the position of your group?
Having reviewed the whole process, the parties have congratulated the winner of the August 9, 2014 governorship election in Osun State, Governor Rauf Aregbesola as the process was free, fair, transparent and credible. The association have paid congratulatory visit to the winner promising to respect the wishes of the people of Osun. Whichever party we belong to, we are stakeholders in Osun project and we must ensure that the state progress. So, at the level of Alliance of Collaborating political parties, we have agreed that the election is free, fair and credible.
There are accusations in some quarters that political office holders, especially, legislators did not help the cause of Aregbesola in the build up to the election which made the PDP attack more vociferous. Some would not want their re-election, do you support this?
Don’t let us belabour the issue. We all know the role of the legislature. They are law makers. Whatever successes recorded today by Aregbesola’s administration was because the Legislators gave him an unflinching support. We should give them kudos as there were no crisis that could divert the attention of the man from providing the dividends of democracy to the people.
The National Assembly members from Osun State were bringing their resources from constituency projects together for the state development like the mega schools project being funded with their resources. It is not as business as before when members of the National Assembly would give money meant for the constituency project to their friends. The Assembly members now give attention to state development.
PDP did not rely on the performance or loyalty but as stated by the Vice President , Namadi Sambo that they want to capture Osun. This is not a military era when might or force is the solution. This is a signal that they want to harass them and take over but the people of Osun are resolutely with Aregbesola. PDP has their own agenda but we give glory to God for disgracing them in that election.
What are your expectations from Aregbesola after his inauguration on November 27, 2014?
Aregbesola has shown us that governance is a serious business. He has promised to work harder and performed the work of about 20 years ahead within the remaining four years of his tenure. I believe him and we believe he would take Osun State to a higher pedestal.
OSUN DEFENDER