TRIBUNAL UPDATE: After Two Weeks Of Cross-examination, Omisore Yet To Prove Case

Things seems to be getting tougher for the Peoples Democratic Party (PDP) governorship candidate in the August 9, 2014 election in Osun State, Senator Iyiola Omisore as he is still struggling to prove the allegation that his defeat was manipulated.
It would be recalled that Omisore had alleged that the election in the state was manipulated by the Independent National Electoral Commission (INEC) to favour Ogbeni Rauf Aregbesola of the All Progressives Congress (APC).
During one of the sittings, both his principal witness, his forensic expert among other were unable to proof that the election was rigged, irregular nor manipulated to favour Aregbesola.
“Even at a point under cross examination, one of Omisore’s witnesses created some ridiculous entertainment when he said that, by mutilation of the result sheet of INEC deposed to in his statement presented to the court, he meant that he was ‘forced to sign’ the document‎; leaving the entire court roaring in laughter,” Gazelle said.
Omisore’s case appeared to start unravelling from the very first witness he presented, Prince Bola Ajao, PDP state secretary, who told the court that he did not observe any rigging.
According to him, he was duly accredited in his ward, he voted, but did not observe‎ any irregularity and did not leave his ward until after the election.
But he was in court to give evidence that the election was rigged, based on what he was told by the PDP’s agents.
Also, one of the party’s agents who told Ajao that the election was rigged happened to be the same man who, in court, said that by ‘mutilation of INEC’s result sheet‎’ he meant that he was ‘forced to sign’ the result sheet.
However, most contradictory to Omisore’s claims so far, was that of his forensic expert who, after examining all the election papers, he gave evidence in court to the effect that there were no discrepancies in the papers he examined.
The expert said: “in the election results I examined for my principal, Omisore, there were no discrepancies”.
He told the court that he used the certified true copy (CTC) and the duplicates for his analysis, but he could not find any discrepancy‎.
He reports that “However, the coup-de-grace came under cross examination when this Omisore’s expert admitted to the court that he is not a registered statistician and that in two similar cases he had been involved, he lost.
“So, how Omisore intends to win this case will be determined in weeks ahead as the PDP’s candidate has until Wednesday this week to supply the critical evidence‎ to support his claim.‎”
DAILY TIMES 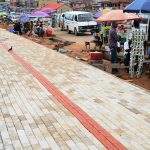