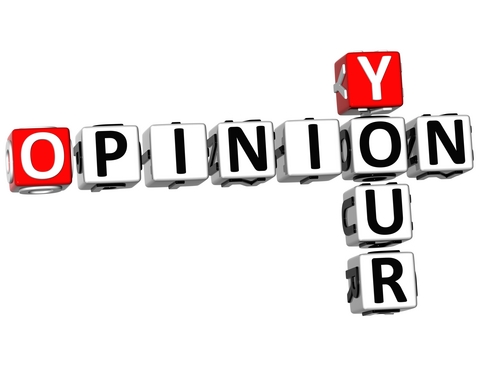 There is a financial mathematical inclination to believe that about N142 billion dollars (N28.4 trillion naira) have been missing under NNPC and allied institutions since the inception of Jonathan administration in 2010 in the midst of national poverty. Who stole it and where is it kept. Nigerians must demand to know those who embezzled $142 billion dollars (N28 trillion naira) in five years or else there is no hope for the future generations. This is far above the S20 billion dollars revealed as missing under the former Governor of Central Bank Sanusi Lamido who was fired exposing monumental corruption in the high places.

I have released a report last year March where using the benchmark of 45 months and excluding the stolen funds from excess crude account, the probable missing fund is S90 and $115 billion dollars. That time I deliberately chose to ignore some other corrupt indices in the oil sector. This report is to update the report of 2014.

Sanusi Lamido, when he appeared before the Senate Committee on Finance in February 2014, said that “as far as the Central Bank is concerned, the most important point to establish is that there is a difference of $20 billion between what NNPC shipped and what it repatriated”. The Government has hidden the details of the forensic audit report on issues raised by Sanusi, releasing few doctored information.

Adams Oshiomhole, Governor of Edo State and former Labor leader in Nigeria for close to a decade who was involved in all petroleum related strikes, negotiations and resolutions with the Federal Government said that $27 billion dollars that should be in excess crude account has been stolen. Oshiomhole opined that “Nigeria’s budgets for the past three years have been based on the average of $77 and $79, while the average price of the country’s crude has been $108 per barrel, which gives an average surplus of $30 per barrel.

“Ideally, we ought to be saving $36 per barrel on the 2.3 million barrel a day over the past three years and if you look at these numbers you will find that what we have in our excess crude oil account should be over $30billion but as we speak, we have barely $3 billon in our excess crude account,”

The Managing Director of Shell Group, Mr Mutiu Sumonu revealed that $5 billion dollars is stolen annually by oil bunkerers. Speaking at the Joint Committee on Petroleum Resources (Up-Stream) and Navy in 2012, Sumonu said that “The scale of crude oil theft now is more than what the oil companies can handle. It is extremely pervasive now. If you over-fly the whole of our operational areas in the Niger Delta, you will see canoes, barges and illegal refineries all over the place…”The country is losing about 150,000 barrels of crude oil per day, the equivalent of $5 billion per annum. Imagine what that amount of money could do to our economy if we chose to put it into the power sector”.

The Chairman House ad-hoc Committee on Crude Oil Theft, Bashir Adamu, revealed that $5 billion dollars is annually stolen by oil thieves. Speaking during the inauguration of the Committee in 2013, Bashir disclosed that “The oil and gas industry accounts for about two-thirds of government revenue and more than 90 per cent of export earnings in Nigeria. “Illegal bunkering has caused Nigeria to lose an estimated $5 billion (N780 billion) yearly, amounting to $400 billion since Nigeria’s independence”

The Comptroller General of Customs, Mr Dikko Inde, revealed that the nation lost N603.8 billion naira ($4 billion dollars) to waivers in 9 months, out of which N263 billion naira was for petroleum products. Speaking when he appeared before the Joint Senate Committee on Finance and Appropriation in 2013, The Customs boss said that “of the N603.8 billion, N263.8 billion was lost to waiver granted on importation of petroleum products.”

A report by a Swiss based non-governmental advocacy group titled “Swiss Traders Opaque Deals in Nigeria,” the Berne Declaration’, outlined how the NNPC, in connivance with two Swiss oil trading companies- Vitol and Trafigura, drained Nigeria of over $6.8 billion in subsidy payments through shady deals involving lifting of crude oil at prices far below what obtained in the open market. This revelation sparked off outrage in Nigeria’s Senate in November 2013 but the lawmakers have probably forgiven the offenders.

In 2012, following the exposition of another $ 1 billion dollars Malabu Oil Scam where funds were wired into the private accounts of some friends of government, the embarrassed Nigeria Senate mandated its Committee on Upstream and Finance to investigate everything about the Malabu/ OPL 245 deal.

The investigation has yielded nothing.

According to Hon Farouk Lawan ad-hoc Committee on Subsidy report, N1.2 trillion ($ 6.8 billion dollars) was overpayments in subsidy, which they asked the indicted companies to refund to the government coffers. The Committee had reported that contrary to earlier figures from various official sources, subsidy payment of N2.59 trillion had been made as at 31st December, 2011, an amount more than 900 percent over the appropriated sum of N245 billion.”

In addition, there are “outstanding claims by NNPC and the marketers in excess of N270 billion as subsidy payments for 2011.” The Committee, in its report, established that “NNPC was found not to be accountable to anybody or authority”. Based on these findings, the committee recommended among others that, “ii. The freezing of the accounts and recovery of all illegal payments made to the Petroleum marketing firms, the NNPC, PPPRA and others which, according to the House Committee, amount to N1.2 trn or $6.8bn”

In my earlier report published in March, 2014, I used the benchmark of 45 month, which is from the period Jonathan became President till when Sanusi spilled in 2014. For the current computation, it will count from when Jonathan became the substantive President till May 29th, when he would have finished his first tenure which is sixty months, i.e., two months away.

Though the NNPC had agreed that under their watch, $ 11 billion dollars was stolen in 2013 alone, we shall still use the conservative figure of $ 5 billion dollars annually to calculate the oil theft. The use of least average in cost computations is applied.

Going further, In Jonathan’s 60 month period ending May 29, 2015, there is a probability that the sums stated below might have totally missed if he fails to tackle corruption within NNPC.

In an earlier piece first published in April 2012 and titled, ‘How Babangida, Abacha, Obasanjo shared Nigeria’s Oil Blocks’, and latest one titled ‘30 Facts about Owners of Nigeria’s Richest Oil Blocks’ I had opined that “Discretionary allocation of oil blocks entails that a president can reward a mistress who performs wonderfully with an oil block with capacity for cumulative yield of over $20 billion dollars without recourse to any process outside of manhood attachments”.

I also added in the report that” those in the petroleum industry dread retirements as though it is tantamount to hell fire. No matter how little your influence, something substantial must enter your hands especially in hard currency. The nation loses billions of dollars in diverted revenue whenever any round of auction occurs”. The Jonathan led government seems too frightened to fight corruption.. Who is he afraid of.

The volume of corruption as recently revealed by state agencies had shown that what was contained in that report was a mere tip of the iceberg. NNPC has proven worse than Boko Haram and this Economic Boko Haram and their helpers in government are responsible for sending lots of Nigerians to early grave through poverty, insecurity, diseases, deplorable road conditions and other harsh living conditions. Nigeria must insist on a full probe of the criminality that went on under NNPC and their allied accomplices in government. Failure to institute an independent probe and bring all the thieves to book, Nigeria risks a violent revolution. 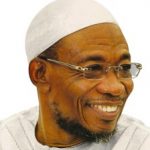 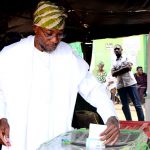